CALIFORNIA - In an effort to avert the extinction of California’s Delta Smelt, state officials have proposed a plan that includes, among a number of strategies, the flushing of reservoir water into the Pacific.

With the intention being to build on the smelt habitat, which previously proved able to come back in certain conditions, the plan calls for 85,000 to 200,000 acre-feet of reservoir water to wash out to sea this summer.

“I would call that part a little bit strongly worded,” U.S. Bureau of Reclamation Spokesman Shane Hunt said Monday, according to the Sacramento Bee, after reviewing the state’s proposal. “We’re fairly confident we’ll get some water, but I don’t think we’ll get anywhere close to the top end of this range that’s in this document.”

The overall reaction from Federal dam operators are that the strategies are a bit ambitious, according to the report.

With much of the state still in a drought, any topic involving water is one that could raise contention, and this amounts to draining what accounts for 25% of Folsom Lake. 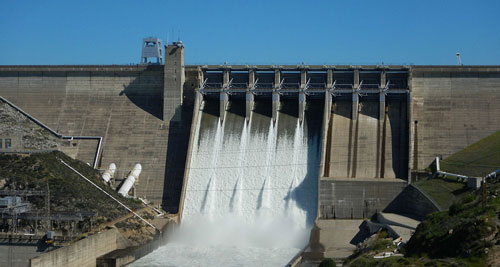 250,000 acre-feet is also called to be released into the Pacific Ocean next summer, both of which have raised concerns for some California communities and ag bodies about if this will affect our already highly sought-after water supply. The Sacramento Bee noted that 15 members of Congress from California sent a letter to the Obama administration last month, asking that it reject such a plan out of concern it could lead to Delta pumping restrictions that would “significantly reduce the water supply available to Californians.”

Hunt said that at this time, however, his agency does not have any plans to cut water deliveries, but rather to try to buy water from contractors or secure it for hydroelectricity.

Director of the State Department of Water Resources, Mark Cowin, also said that no plans to cut water deliveries are yet in place.

You can read the state’s full proposal here.

With what is being reported as a critical time for both the Delta smelt and for California water, and a schedule for the plan to begin or be completed by 2019, AndNowUKnow will report on this further as more information comes to light.