Typically, the San Luis Reservoir is fed from the Sacramento River and the Delta, according to Mercury News. Both of which get water from California’s largest reservoir, Shasta Lake. At 75 percent full, many are surprised at why officials have decided to reduced the rate at which they pump out Shasta’s water. 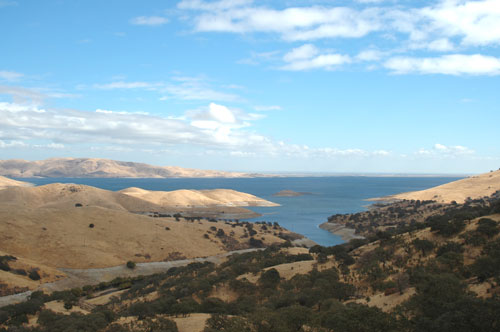 One new regulation designed to protect the Delta Smelt, a non-native species to California (a fact which many do not know), now requires the U.S. Bureau of Reclamation to reduce pumping from Shasta from roughly 13,000 cubic feet per second to 10,500. The idea with the regulation is to preserve the cold water that helps keep young and hatching fish alive. The goal for the state is to keep water for the fish at 52 degrees.

While this was a win for many environmentalists, officials like Jason Peltier, Executive Director of the San Luis & Delta-Mendota Water Authority, believe the state is being overly cautious in its efforts, according to Mercury News.

"The unending practice of taking water from human use and giving it to fish in hopes of helping the fish is a failed enterprise," said Peltier, who helps represents San Joaquin Valley farmers. "The fish are not responding at all. At the same time human, social, and economic destruction continues to accelerate.”

While some water from the San Luis reservoir is going to farmers with senior water rights, another culprit for the low water levels is Mother Nature herself. This past year’s rainy winter did see some depletion of drought conditions throughout California, but this was not evenly distributed across the state. Because the southern Sierra saw just a fraction of the wet weather that the northern Sierra did, runoff into the Delta was greatly limited.

There’s not all gloom on the horizon, however. With the recent edition of the Farmer’s Almanac predicting rainier weather for California in spring, summer, and fall of next year, the state’s reservoirs may be in better shape sooner than you might think.