CHARLOTTE, NC - Chiquita Brands International has announced the discovery of $20 million in additional synergies with Fyffes related to their proposed merger. 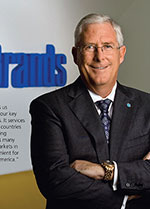 "...Chiquita and Fyffes have identified an additional $20 million of synergies that will allow ChiquitaFyffes to deliver even more value for our shareholders and result in a combined company with stronger earnings power,” said Ed Lonergan, Chiquita's Chief Executive Officer, and David McCann, Fyffes Executive Chairman, in a joint statement. “Chiquita and Fyffes remain committed to the transaction and are continuing to work together to complete the Combination as expeditiously as possible." 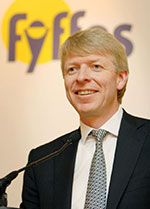 According to a press release, Chiquita and Fyffes believe that they will be able to realize roughly half of the $60 million in total synergies expected from the merger within the first year of the deal. The remaining $30 million is expected to be realized during year two of ChiquitaFyffes, according to the two executives.

Will this latest news be enough to put the Chiquita-Fyffes merger over the top with shareholders? Chiquita thinks so, and is urging its shareholders to vote "yes" on the anticipated merger.

“The combination with Fyffes accelerates Chiquita's 'Return to the Core' strategy and should enable Chiquita to achieve higher, more predictable cash flow and to immediately deleverage, further improving the Company's financial profile,” read a letter from Chiquita to its shareholders. “Under the new strategy, Chiquita's EBITDA is set to double from approximately $70 million in 2012 to $130 to $150 million in 2014.”

As AndNowUKnow has previously covered, Chiquita has also received an unsolicited merger offer from The Cutrale and Safra Groups. It has since rejected this offer, telling its shareholders that “...our Board unanimously determined that the Group's unsolicited offer is inadequate and not in the best interests of Chiquita shareholders.”

Stay tuned to AndNowUKnow for further updates on the Chiquita-Fyffes merger talks.