GILROY, CA – Though famous for its entertaining and easy-to-use streaming services, Netflix has drawn ire from some in the industry over its new documentary series Rotten and sparked allegations that the series’ ostensible truths were less than grounded in fact. After premier provider of garlic Christopher Ranch found itself as the target of one episode of the series, Ken Christopher issued a statement vociferously denying the claims made by the series.

I spoke with Ken to find out more. 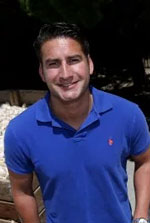 “When we first saw the show—myself and my entire family—we were completely outraged. They tried to cast us as antagonists in this really terrible story, and that couldn’t be further from the truth,” Ken told me, noting that while Rotten may be compelling to viewers, it’s narrative doesn’t quite add up. “The whole series was created to evoke a certain emotional response from the viewer. It’s entertainment; it’s not journalism, but the average viewer trusts the Netflix brand and may think what they’re seeing is journalism. So they’re really confused, and what we’re trying to do is set the record straight.”

Ken told me that the series makes a number of misleading statements and suggestions—among them that Christopher Ranch controls the Fresh Garlic Producers Association and that by doing so, they somehow conspire against small U.S. garlic growers.

“The Fresh Garlic Producers Association was created to protect and promote the U.S. domestic garlic industry from illegal and unfair dumping of cheap foreign product. We work within the association to protect thousands of U.S.-based jobs and to sell U.S.-grown product,” Ken noted. “We’re really proud of small farmers in this country, and so to cast us as what they call ‘the Walmart of garlic’ trying to harm small farmers, is beyond ridiculous. Small farms that sell their product in farmer’s markets are a foundation of many communities, and we celebrate them.”

By creating a false dichotomy between Christopher Ranch—a commercial-scale garlic grower that grows up to 90 million pounds of garlic each year—and small farmers, Ken tells me that Rotten distorts the truth of the matter.

“They really wanted to paint this as a David and Goliath thing, and that’s crazy. The farmers that they showed on the series maybe grow between one and two acres, and I’m sure they put a lot of hard work into what they do and they’re very proud of their work, but they don’t sell in the same markets that we do,” Ken explained.

And in regards of one of the show’s most strident accusations—that Christopher Ranch packages Chinese garlic grown and harvested using forced labor—Ken tells me that the accusations are demonstrably unfounded.

“As far as the accusations of having a cartel-like arrangement with Harmoni, the U.S. Department of Commerce—our U.S. government—looked into the accusations and found there was nothing there. The U.S. Customs and Border Protection investigated and cleared them of any wrongdoing,” said Ken.

California-grown garlic accounts for over 90 percent of the garlic that Christopher Ranch grows, and Ken told me, while the company does source some garlic from dependable suppliers in Spain, Argentina, Mexico, and China, no Chinese garlic is sold under the Christopher Ranch brand, and the company strictly adheres to Country of Origin labelling.