Dole Inspires Everyday Adventure With a 2020 Salute to Pixar

CHARLOTTE, NC - As animation experts continue to advance their skills and enrich the lives of children and adults alike, companies like Pixar Animation Studios tend to lead the pack. Leveraging Pixar’s iconic storytelling in its latest campaign, Dole recently kicked off an eight-month-long celebration of healthy living as well as the very real stories behind the millions of parents, grandparents, and others now building healthier, happier families at home. 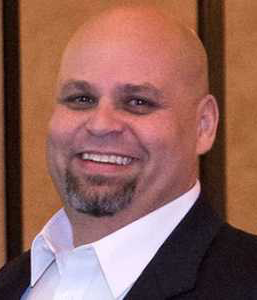 “The filmmakers at Pixar have always done a masterful job telling incredibly moving human stories, even when the heroes are toys, cars, or fish. They remind us of the unbreakable bonds of families and friends, and our ability to achieve great things when we put our minds to it,” said Bil Goldfield, Dole’s Director of Communications. “We’re seeing this with all that is going on in 2020. Real courage, bravery, and strength are found everywhere and in everyday routines, and those of us at Dole can think of no better inspiration for the families and essential employees who continue to rise up to face challenges and strive for a healthier future.”

Calling upon the everyday triumphs of Pixar characters like Woody and Buzz from Toy Story, Carl from Up, and the Parr Family from The Incredibles, Dole is encouraging North Americans to make their own “healthy-at-home” success stories with original, character-inspired recipes, family-friendly activities, digital downloads, fun social activations, and nutritional tips from Melanie Marcus, MA, RD, Dole’s Health and Nutrition Communications Manager. 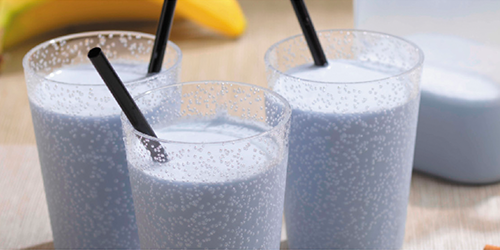 The in-store and at-home promotion continues through December 2020 and is part of Dole’s long-term nutritional alliance with The Walt Disney Company to make healthy eating and a diet rich in fresh fruits and vegetables more fun and accessible to busy parents, as noted in a press release.

The collaboration launched May 4 with images of beloved characters from 15 Disney and Pixar films on millions of DOLE® Bananas and Pineapples in U.S. and Canadian supermarkets. Representing the first time that Dole has simultaneously featured multiple films from the same studio, the collectible banana stickers and pineapple tags celebrate Toy Story, A Bug’s Life, Monsters, Inc., Finding Nemo, The Incredibles, Cars, Ratatouille, WALL•E, Up, Brave, Inside Out, The Good Dinosaur, Coco, and the new 2020 releases Onward and Soul. 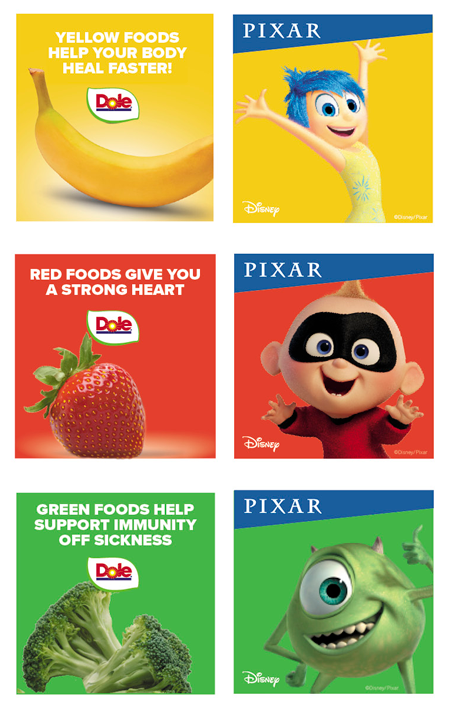 Dole also created DOLE® Banana Sticker Peel and Play activity sheets to make it more engaging for kids and families to collect all 25 stickers featuring Disney and Pixar films and characters. The fun continues with the summer launch of a special Dole initiative themed to Disney and Pixar’s Monsters, Inc., and intended to take the scare out of adding more exotic fruits and vegetables to the mealtime routine. Come this fall, Disney and Pixar’s Ratatouille becomes the inspiration for a unique Dole campaign designed to prove that there can never be too many cooks in the kitchen.

Highlights of each initiative include original, character-inspired Dole recipes, including entrees, side dishes, salads, soups, sandwiches, smoothies, and desserts made with fresh fruits and vegetables; family-friendly serving suggestions and healthy eating and living tips from Marcus; fun social, digital, and influencer executions; blogger and influencer partnerships; and many other surprises.

For more ideas on how to keep the fresh produce magic alive, keep a tab open for ANUK.