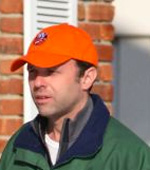 As we previously reported, Hoey Jr. was convicted for assault, tampering with evidence, and embezzlement. Later the assault and tampering charges were reversed on the grounds of a flawed conviction, due to the trial judge excluding Hoey Jr. from a key pre-trial hearing.

The reversal was up for review, according to source Newsday, but the New York Court of Appeals said in a brief order issued yesterday that it would leave the ruling intact.

In that case, Hoey Jr. was sentenced to 1 1⁄3 to 4 years, to be served after he completed consecutive federal sentences of the previously reported 12.5 years in the drug case and 5.5 years for defrauding worker pensions. 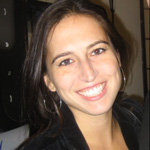 “The office is reviewing its options, in light of the fact the defendant is presently serving a lengthy federal sentence,” said Joan Vollero, Spokeswoman for District Attorney Cy Vance Jr., according to the report.

Hoey Jr.’s sentence came to a total of 151 months, but stands to see both a reduction in his federal sentencing guidelines, and subsequently, a shorter federal prison term if the state assault case is eliminated.

“We await a definitive decision from the District Attorney’s office as to whether a retrial will occur,” said Hoey Jr.’s appeals lawyer, James Kousouros.

Since going to prison, Newsday reports that Hoey Jr. said he has “developed profound respect for the law” and has “developed into a responsible person.” He filed two pro se petitions in federal court last month, seeking to withdraw his guilty plea in the drug case and arguing that he is entitled to a shorter sentence.

He is currently in federal prison in Berlin, New Hampshire, with a release date of Dec. 30, 2028.