She didn’t hesitate. Good old Gwyn set out with her cash and tried to stick to her produce-loving diet, a challenge for the woman who shared her eating intel and revealed that she can spend up to $300 a day, according to the Guardian. 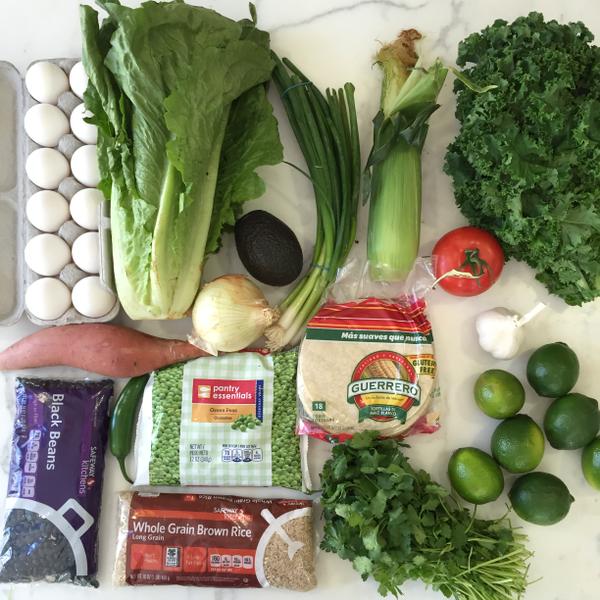 She showed her haul, and set out to learn how it is to eat on the budget of a family on food stamps… and lasted four days.

“As I suspected, we only made it through about four days, when I personally broke and had some chicken and fresh vegetables (and in full transparency, half a bag of black licorice),” the actress wrote on her blog, GOOP.

And honestly, who hasn’t done this? Received a challenged or set a goal that was derailed by a tasty treat we didn’t anticipate? Or we did, we just missed it so much!

When given a tight budget Paltrow still went for the produce (have to love her for that!) but wasn't entirely practical. But what she took away from it may be a bit more than chicken and licorice.

“My perspective has been forever altered by how difficult it was to eat wholesome, nutritious food on that budget, even for just a few days — a challenge that 47 million Americans face every day, week, and year,” the actress wrote.

While many have hopped on to the critical side, claiming it was a certainty for the wealthy, successful actor to fail, the other side argues that the practice served its purpose.

“The purpose, it seems, was really more about proving that it can’t be done,” Lindsey Beever of the Washington Post wrote, emphasizing that the actor had stated the challenge was for raising awareness, in which it succeeded.  “In the end, it gave Paltrow a reason to speak out about income equality.”

So next time you accept, over even set, a personal challenge that gets thrown, remember; it really does happen to all of us.