SPAIN – Vegetables have prevailed in our latest update on the worldly saga between drug traffickers and fresh produce. Authorities in Poland have thwarted an international drug gang after finding marijuana encased in vegetable shipments.

The gang operated through an extensive network of people that mostly worked in Spain, but recruited its members from Poland. Authorities stated that large quantities of marijuana were grown and cultivated by the gang before being vacuum-sealed and concealed in shipments of vegetables for transport and distribution in other countries. 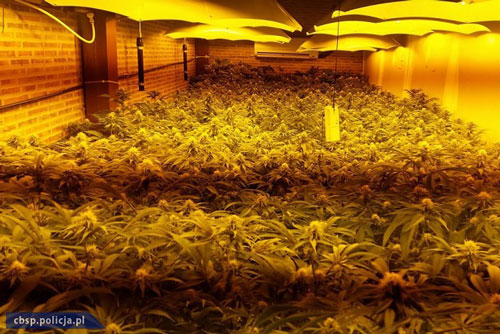 Radio Poland reported that in the bust, authorities closed seven marijuana plantations and seized around 350 pounds of the drug, stated Poland’s Police Central Investigation Bureau Spokeswoman Agnieszka Hamelusz. The drugs were reportedly being shipped to Poland and Germany for sale.

Prior to packing the drugs in with some veggie neighbors, the gang grew its actual wares in high-security villas in Spain. In these locations, the gang prepped the shipments before sending them with vegetable accompaniments out for their proposed destinations.

Authorities stated that the bust took an “army” of officers from several cities, according to news source rp.pl, and ended in 13 people being taken into custody. The crime syndicate’s reach extended further than just tainted vegetables to stolen cars as well.

What sticky situations will fresh fruits and vegetables find themselves in next? AndNowUKnow will be sure to find out.