CINCINNATI, OH - More breaking news has come out of Kroger’s wheelhouse, this time with the retailer’s divisional executives. Current President of the Fry's Food Stores division Steve McKinney has been promoted to Senior Vice President of Retail Divisions, while Corporate Vice President of Produce-Floral Merchandising Monica Garnes will succeed him. The move will be made effective on February 5th.

"Steve's nearly 37 years of Kroger experience and deep knowledge of food retail will help our divisions continue to execute with excellence," said Mike Donnelly, Executive Vice President and Chief Operating Officer, according to a press release. "Steve has always been passionate about creating uplifting associate and customer experiences. We look forward to him joining our senior leadership team as we continue to drive Restock Kroger."

McKinney began his career with the retailer as a clerk for its former banner, Florida Choice Supermarkets, in 1981. He moved his way up to roles like store manager, buyer, and field representative.

He later joined Fry’s in Phoenix, Arizona, in 1988, where he served in various leadership positions, before advancing to Vice President of Operations for Fry's in 1998. He has served in his current role since 2013.

Garnes launched her Kroger career in 1995 through the management training program in the Columbus division.

"Monica is a recognized leader in our business and across the industry," said Donnelly. "She combines a willingness to embrace fresh ideas with a keen business savvy that yields real results. As the company's first African-American division president, we are excited to have Monica drive and influence change in our company through her expertise and perspective, and we are eager for her to bring her passion for people and results to Fry's."

Garnes has been recognized in a number of ways, including as one of the "Most Innovative Women in Food and Drink" by Fortune and Food & Wine magazines. She currently serves on the United Way of Greater Cincinnati Board of Directors, Mount St. Joseph University Board of Trustees, and Lucky's Market Board of Trustees, and has supported the community as a member of the United Way's Women of Tocqueville and Herbert R. Brown Society.

In her 23-year-long career with the retailer, her leadership roles have included produce buyer, store manager, public affairs manager, and district manager before advancing to produce-floral merchandiser in the division. 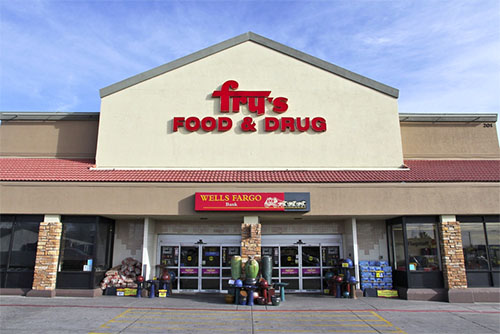 Garnes was promoted to Vice President of Merchandising for the Fry's division in 2013, and named to her current role in 2015.

As Donnelly stated above, these leadership promotions were made to support Restock Kroger, the latest among a slew of moves for growth including a possible partnership with Alibaba and new in-store technology.

Congratulations to both these leaders on their newest chapters with the team!