UNITED KINGDOM - Gone are the days when parents look to bargaining chips to get their kiddos to eat their daily fruits and veggies. Lidl UK has created a holiday-themed line of various vegetables, which is sure to inspire awe in tiny ones’ imaginations; to top it off, the veggies are small, just like them!

"Our Penguin Parsnippers and Santa Sprouts have been designed to help convince even the fussiest of eaters that veg is something to look forward to, rather than being a battleground at mealtimes," said Emma Byrne, Head of Fresh Produce for Lidl UK, in a recent article from The Sun. 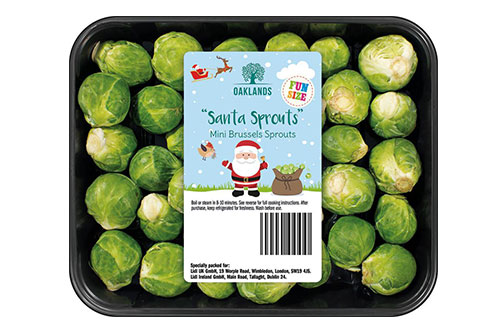 According to that same article, the fun-size veggie varieties that come in festive-themed packaging include Rudolph Noses, commonly referred to as mini red potatoes, Snowman Snouts, also known as baby carrots, and Santa Sprouts, which have been called mini Brussels sprouts from time to time. The colorful, fun, and festive names attract younger customers, according to Lidl. The Mirror reported that the veggies hit Lidl UK’s shelves yesterday, December 11.

While some parents might argue that getting their children to eat right is difficult, especially during the holidays when chocolate somehow becomes a food group, they now have one less thing to worry about because the holiday-inspired veggies are very affordable. The ingenious packages are only made more appealing when the 79 pence per pack price tag is attached. 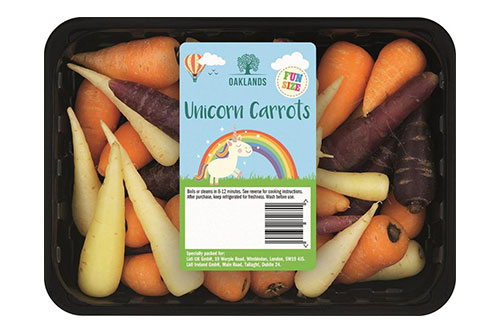 This idea is an off-shoot from the brand’s efforts to continuously engage kids in healthy eating options. Other varieties that the company has offered using this tactic are Unicorn Carrots and Sweet Potato Piggies. A grand total of 17 new items have been introduced this year alone, with more reportedly on the way—and Santa is always watching, right?

"Our Oaklands Fun Size range has been a huge hit with families, and we hope these new, festive additions will be equally popular," said Byrne, according to The Mirror.

How will the introduction of these kid-focused items attract and keep consumers throughout the holidays and into the new year, and will we be seing them on Lidl US shelves as well? AndNowUKnow will continue to report with the latest industry news.