KYUSHU, JAPAN – So you think you’ve got an affinity for succulent strawberries, huh? But would you pay ten dollars for a single berry?

Japanese consumers are willing to do so, in seeking an exclusive variety that boasts a luminescent white color and large size of near-to 50 grams, as reported by John Daub of the web series Only in Japan. The rare strawberry is known as the Shirou Houseki variety, or White Jewel, and sold for 1080 yen each. 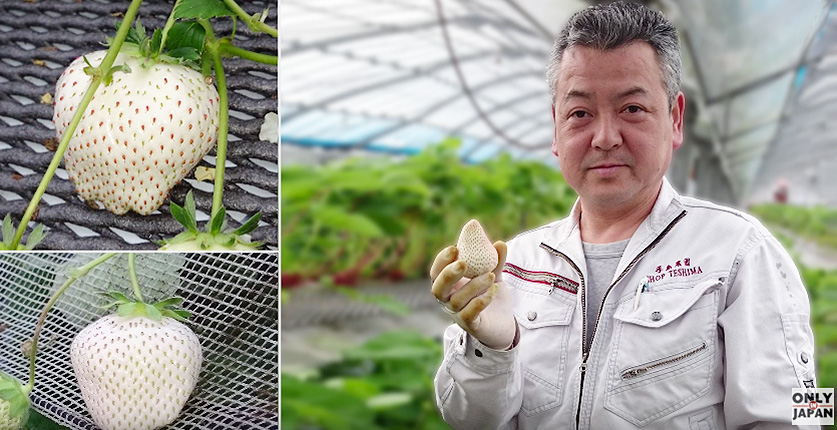 Cultivated by a single grower from the Saga precinct, Tejima-San cross-breeds between varieties to produce the White Jewel, and limits their exposure to sunlight. Adding to the rariety of the final variety, only ten percent of all the White Jewels grown will stay white after being exposed to the sun, despite all containing less anthocyanin than standard strawberries.

Once the small percentage of milky white berries is effectively grown to size and, one could say, lack of color, they are then packaged individually in a plush, covered setting like an expensive set of earrings. Daub noted that in Japanese culture, the White Jewels are intended for purchase as a swanky gift, instead of a simple, sweetened snack. 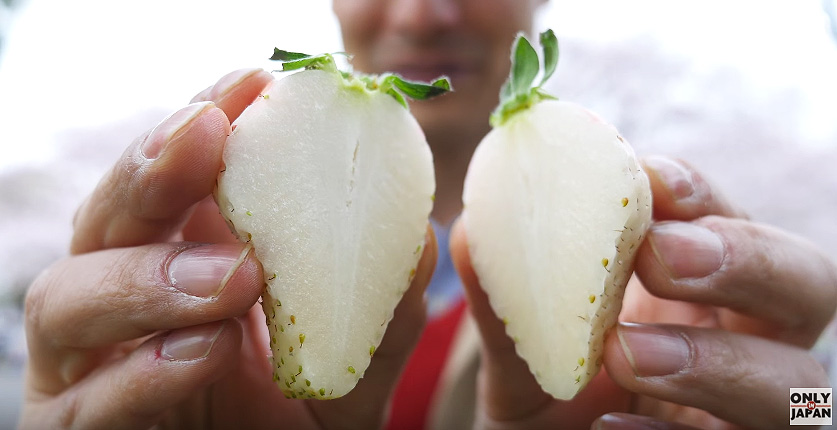 Daub sampled the berries for himself, and said that they were sugary strawberry, almost like candy, with a “hint of pineapple to it." To learn more about the White Jewel white strawberry, and other renowned Japanaese varieties, watch the video above.

Japan is no stranger to growing extraordinary fruits at exorbitant prices, but the question still remains if we will ever see such success in American markets to sample $10 berries of our own.