Mastronardi Produce Gets Inspired by the F Word

With the talk in recent months surrounding how today’s tomatoes have lost their flavor in favor of higher yields, Mastronardi Produce has found themselves being "Inspired by the F Word." That F word is flavor, and as Chris Veillon, Director of Marketing, riddled with us that Saturday before the event, the F Word also hinted at the possible secret guest artist that would kick off the SUNSET® ROCKS PMA PARTY.

The company prides itself on producing consistently flavorful gourmet tomatoes, peppers and cucumbers and Mastronardi brought its A game at this year's PMA Fresh Summit in Anaheim, California, with a booth filled with the company's fresh greenhouse grown produce, innovative packaging designs, eye-catching imagery, rich personalities and vibrant "Inspired by the F Word" T-shirts. 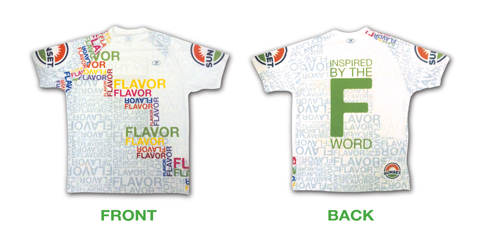 Also "Inspired by the F Word" at this year's Fresh Summit, was Mastronardi's surprise guest artist, Flo Rida who got the party started at the company's dazzling SUNSET® ROCKS PMA celebration. Only 500 guests were allowed into the exclusive event orchestrated by the Mastronardi Marketing Team. The party went late into the evening with Flo Rida, followed by the band Herding Cats. Flo Rida is known for his blockbuster singles “Low" (feat. T-Pain,) “Right Round,” “Club Can’t Handle Me," and his most recent chart-topping hits, "Whistle," “Good Feeling” and “Wild Ones" (feat. Sia).

From the Mastronardi Produce Food Truck to the company's overall presence, it only begs the question, how will Mastronardi top themselves next year?