McDonald's Closes 700 Locations, Menu Items May Be the Problem

OAK BROOK, IL - McDonald’s has announced they will be shuttering 700 locations in total for 2015 during a period of falling sales and stock prices for the company.

As we’ve previously reported, the credit agency Standard & Poor’s downgraded its rating on McDonald’s from ‘A’ to ‘A-’, and McDonald’s shares were down to 1.7% at $96.13 after the fast-food chain unveiled its turnaround strategy. According to the Washington Post, most stores have seen plummeting customer attendance for the past two years. The Post reports that in the first three months of the year, sales fell about 3 percent and profit fell 32 percent.

McDonald’s has been trying to change its image to keep up with options that are perceived to be healthier, such as Chipotle and Panera, even recently adding kale to the menu in its Southern California locations. But could McDonald’s business trouble actually be because the company is TOO healthy? Some analysts are saying the real problem with the company’s menu is that its in “health limbo”: Neither healthy enough, nor indulgent enough to get customers in its doors.

“The hot stocks have been the ones that I do not look at and say those are the healthy options. The ones that have done well are the triple burger beef things with the six pounds of bacon on it.” Brian Sullivan of CNBC said. “I wonder if McDonald’s is losing share because it is not unhealthy enough.”

Jack in the Box has released items like the nacho cheese and jalapeño popper packed “Hella-Peño” burger and chicken nuggets smothered in cheese and bacon, but the companies stocks have also almost doubled over the past year, from 55 points in May 2014, to over 99 points in March, according to Google Finance. 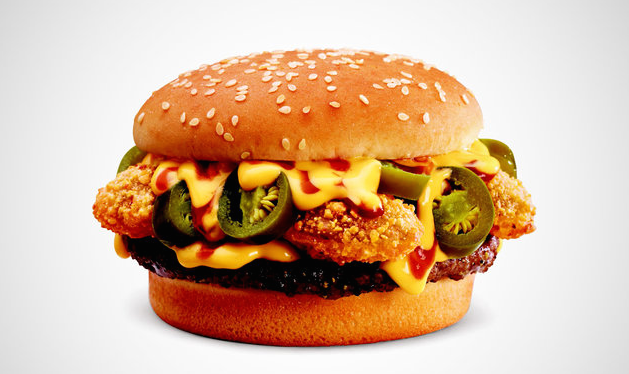 Google Finance also reports that Taco Bell’s Yum! Brands stock has also risen from 75 points in May of last year, to 93 points this week, amidst product launches like the Sriracha Quesarito, a burrito-quesadilla hybrid covered in hot sauce, and Captain Crunch doughnut holes filled with milk-flavored icing. 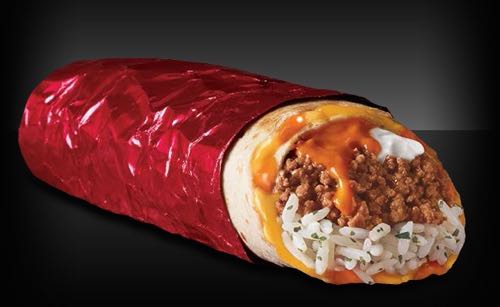 These menu items are being marketed towards people who are not concerned with the health of the product, but the taste.

“At the end of the day, for these restaurant chains, it’s got to come down to craveable food,” said Bob Derrington, Senior Restaurant Analyst for Wunderlich Securities. “Value and convenience is what [McDonald’s] does best, but whenever they stray into premium, it typically doesn’t work very well.”

So keep an eye out, you may start seeing that new kale salad coverered in nacho cheese.