SALINAS, CA - Muzzi Family Farms is extending its sales family with the addition of two new members. Max Hoularis will take on a Sales position, while Bryan Fregoso will be joining the team as Sales Coordinator. 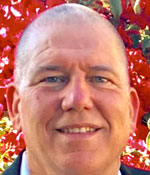 “We are excited to add these two very talented individuals to the Muzzi Family Farms Sales Team. I look forward to working with them both as we continue to grow the business,” Paul Mocettini, VP of Sales and Marketing, said in a press release. 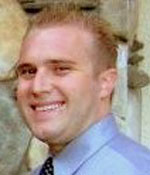 Hoularis has eight years of produce industry experience under his belt. He first started his career with Kroger as a Fresh Produce Inspector. He then went on to work for Tradin Organics as a Vegetable Trader and then Dole, where he spent the past four years. Hoularis is a Salinas native and a graduate from Cal State Monterey Bay.

Fregoso is also a Salinas native. A recent graduate from North Salinas High School, Fregoso is kicking off his produce career by joining Muzzi Family Farms. As Sales Coordinator, he will assist in customer relations and the daily responsibilities of the sales team.

While the Muzzi family has grown, harvested, processed, and shipped fresh, frozen, organic, and conventional vegetable products for more than 50 years, it wasn’t until 2012 that the family opened Muzzi Family Farm to handle the sales of its produce items. Today, the grower’s offerings include fresh, washed, and bagged leafy greens, such as spinach, arugula, kale, and spring mix and IQF frozen spinach, kale, swiss chard, bell peppers, and Brussels sprouts.

Congratulations to Hoularis and Fregoso on their new positions!