BRITISH COLUMBIA - Organic blueberries are a beloved summertime staple. Whether they’re used in pies, as a sweet addition to barbecue, or as simple snacks for kids home from school to nosh on, Oppy understands that consumers seriously dig this blue fruit. Further dialing into its blueberry program, the company recently began marketing its organic blues under the Ocean Spray® Family Farmer-Owned label.

I had the chance to chat with Jason Fung, Director of Category Development, about this move and why Oppy felt its partnership with Ocean Spray was one that stayed true to both companies’ values and vision. 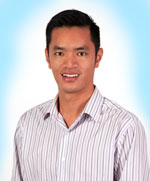 “We certainly see this as continued growth in the blueberry category,” Jason explains to me. “The category is growing anywhere from 8 to 10 percent annually, and we see upwards of double that in the organic portion. We wanted to stay up with consumer demand and also engage with a well-known brand that people love, hence our development of the Ocean Spray berry line.”

As retailers are looking to promote blueberries throughout the summer, Jason shares with me that Oppy is keen to get these beauts out there with promotions behind them, and there are several ways that retailers can capitalize on the category.

“Some people twinline the organics and the conventional and merchandise them fairly close. Some retailers have very specific sections that tie into the rest of their organic category,” he tells me, before letting me know that both of these methods have been very successful as they relate to blueberries. “It’s good to have big displays where blueberries are front and center.” 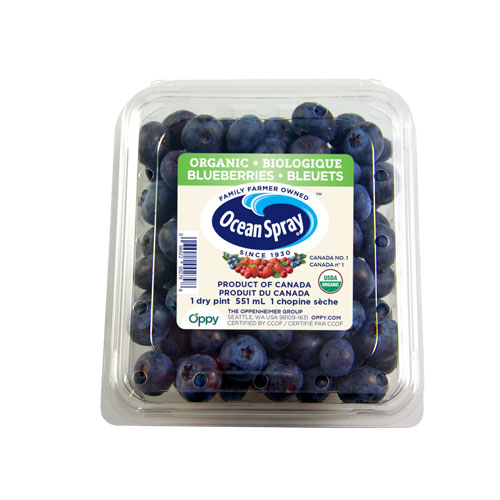 Farmer-owned and operated, Ocean Spray is perhaps best known for its humorous commercials featuring a father and son duo wading in a pool of cranberries. Jason tells me that the family, farmer-owned aspect of Ocean Spray definitely played a role in Oppy’s decision to market its blueberries under its label.

“Oppy grows with multi-generational blueberry farmers,” Jason shares with me. “Tying that in to a consumer brand like Ocean Spray while staying true to the small family farmer—and the care and effort they put into the pack—that’s really the hallmark of our program.”

Available for purchase nationwide, these blueberries will run from now until the middle of August, although Jason hopes they run until the end of August.

“Depends on the heat,” he tells me with a laugh.

Oppy continues to grow within the organic berry category, now carrying strawberries, raspberries, and blackberries under the Ocean Spray label. As Jason explained to me, tying its product to Ocean Spray’s label yields multiple benefits. Most important of all, the move represents the company’s continued connection to family-owned farms, which, Jason assures me, is what Oppy represents in the category.