PHARR, TX – In continued efforts to maintain the clean reputation of mangos, authorities at the Pharr International Bridge cargo facility intercepted a shipment of the fruit that contained over five tons of marijuana.

“This is an extraordinary seizure; our officers did a tremendous job in the interception of these narcotics. Smugglers are getting very creative with their smuggling attempts, but our officers remain vigilant and committed to our CBP mission,” said Port Director Efrain Solis Jr., Hidalgo/Pharr/Anzalduas Port of Entry.

Authorities intercepted a tractor trailer hauling the load after it was referred to a non-intrusive imaging inspection at the cargo facility, according to a recent press release. After utilizing the skills of a canine team, officers uncovered approximately 10,566 pounds of the drug. 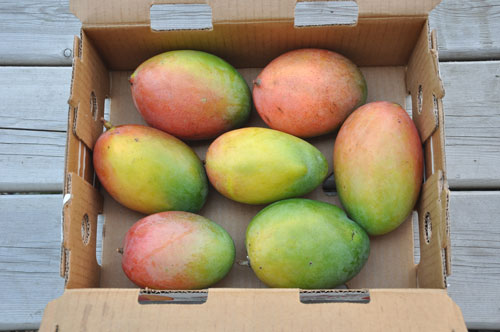 Hidden amongst the innocent mango shipment was 19,584 bundles of marijuana. Authorities stated that the drugs carry an estimated street value of $2,111,222.

The 32-year-old driver, hailing from Reynosa, Mexico, was arrested upon the discovery and transferred to Homeland Security Investigations for further investigation. Authorities stated that this arrest should send a strong signal to criminal organizations.

As we’ve recently reported, this lawless detention involving mangos is not the first for this particular set of authorities, as the Pharr International Bridge is not unaffected by the role of fruit and vegetable shipments containing illicit passengers.

Will criminal masterminds be thwarted by this latest arrest? Will mangos remain unhindered by a seedier underside to shipping? Stay with AndNowUKnow for your mango-focused news.