LOS ANGELES, CA - Despite the controversy it has risen, a plan from the Los Angeles-based Cadiz Inc. to pump billions of gallons of water from a Mojave Desert aquifer to be sold in California still stands.

The plan would include pumping as much as 16.3 billion gallons, or “as much as 50,000 acre-feet of groundwater,” to be exact, each year for the next five decades, The Desert Sun reports. The pump would go through 34,000 acres of desert Cadiz owns along Route 66 in both the Cadiz and Fenner valleys, and would be sold to Southern California districts.

But the company’s property is close to the Mojave National Preserve and surrounded by the newly-created Mojave Trails National Monument, causing some concerns for the environment. 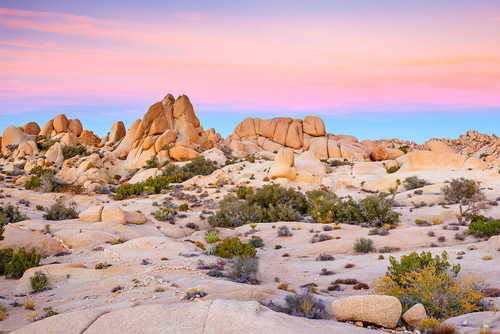 Cadiz has been running its wells to irrigate almost 2,000 acres of farmland growing lemons, grapes, and other crops, while attempting to gain approval for the project.

It hit a snag last October when it proposed to build a pipeline next to a railroad line to carry the water to the Colorado River Aqueduct with the Federal Bureau of Land Management, declaring that authorizing the pipeline would go beyond the rights originally granted to the railroad.

“This project has met every test,” Scott Slater, Cadiz’s President and CEO and Partner at water firm Brownstein Hyatt Farber Schreck, commented, according to The Desert Sun.

While the company argues its offer would provide needed water to a population of about 400,000 people, groups argue that this could cause damage to the environment.

“The reality is they haven’t even started the appropriate process,” said David Lamfrom, Director of the California Desert Program of the National Parks Conservation Association. According to the report, opposers like Lamfrom expect a thorough environmental review to be carried out under the National Environmental Policy Act before moving forward. “For them to use that railroad right-of-way, they would need to go through a federal process.”

In Congress, 15 California members have been listed as supporters of the Cadiz Water Project, while a group of 23 members of Congress from western states raised concerns with the 43-mile pipeline.

While those opposed say drawing down the aquifer would threaten springs and wildlife in surrounding areas, the court ruled against appeals by several groups.

Both sides in the dispute have enlisted researchers to study the environmental impacts and the natural rate of groundwater recharge, each coming to different conclusions.

While this latest development may be taken as progress by Cadiz, the case looks to be far from closed. We will continue to follow the situation as it unfolds.