ORLANDO, FL – With PMA Fresh Summit just beginning, the Produce Marketing Association (PMA) has announced a new award to honor the outstanding legacy and leadership of retiring CEO Bryan Silbermann, and Jan DeLyser as the recipient for the 2016 Robert L. Carey Leadership Award.

“Throughout his career, Bryan brought a collaborative spirit that engaged and motivated industry leaders to work together to create opportunities and solutions to challenges, so much so that collaboration has become a defining characteristic of PMA,” said PMA President Cathy Burns. “We want to honor Bryan with this award as PMA continues to expand its role as a prominent voice for the fresh produce and floral communities worldwide.”

The new Bryan E. Silbermann Collaboration Award will be presented next year in its inaugural occurrence. The award was created in order to honor Bryan Silbermann's 30+ career with PMA, and 20 years as President. 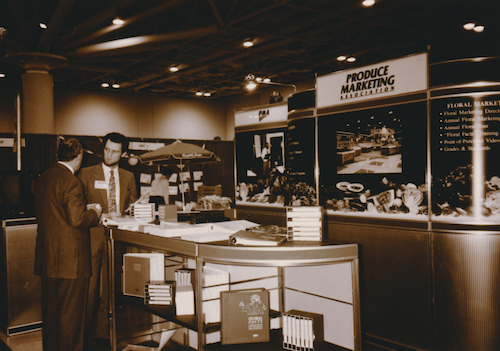 The award was unveiled today by PMA President Cathy Burns, with plans to first bestow the award upon a recipient during next year’s PMA Fresh Summit Convention & Expo in New Orleans, LA. The recipient for the award will be chosen by a five member panel of judges, according to a press release.

The recipient of the Bryan E. Silbermann Collaboration Award will be chosen from a pool of nominations submitted by PMA members, and honored for a specific example of collaboration throughout their career, according to the following requirements:

Winners will receive the award engraved with their names, presented to them at PMA Fresh Summit, along with a press release announcing the award and exposure on PMA’s website.

In other resounding award news, PMA has also announced Jan DeLyser, Vice President of Marketing for the California Avocado Commission (CAC), as its 2016 recipient for the Robert L. Carey Leadership Award.

PMA noted in a press release that Jan has been an active industry leader for years, with the following contributions:

“More important than the list on a resume, though, are the qualities she has brought to our industry and our association,” said Bruce Taylor, Founder and CEO of Taylor Farms, and last year’s award winner. He was one of a panel of five judges who selected DeLyser as this year’s winner and presented her with the award. 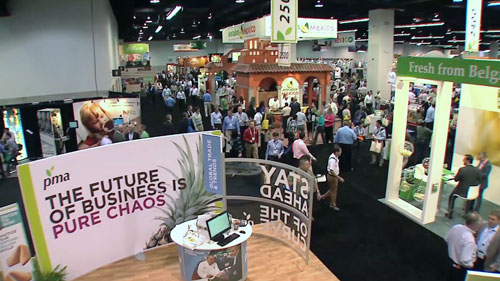 Jan was recognized for her collaborative spirit, and recognition that everyone at the table has something to contribute, Taylor also stated. Jan initially joined CAC in 1998 as Merchandising Director for the Southwest region, and was promoted in 2000 to Vice President of Merchandising. Jan was promoted to Vice President of Marketing 2003. Jan has been well decorated with worthy titles throughout her time in the industry.

The Robert L. Carey Leadership Award was established in 2012 to honor former PMA President Robert L. Carey for his service from 1958 to 1996, bringing the organization from less than 100 members to an integrated association of thousands.

For more on PMA Fresh Summit, keep up with AndNowUKnow.