OKLAHOMA CITY, OK - Move over Big Macs and Whoppers, there is a new beef contender in town with the added flavor of mushroom to give it a boost. Fast food chain Sonic has announced that the latest tasty treat to grace its menu will be the “Slinger,” a beef burger infused with mushrooms. 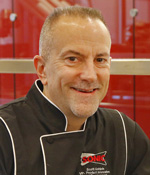 “We wanted to offer a flavorful and juicy blended mushroom burger, the first of its kind for a major [quick service restaurant] brand, that offers improved sustainability,” said Scott Uehlein, Vice President of Product Innovation and Development at Sonic, according to a press release.

Housing the powerhouse flavor and health benefits packed into each mushroom, the Slinger will be made with 25-30% of each patty comprised of one of more our familiar produce pals. This mix of mushrooms into a regular meat patty is known in the industry as “The Blend.” As our own mushroom friends have told us, this new innovation makes for thicker and jucier burger, with less fat and calories than a more traditional version. 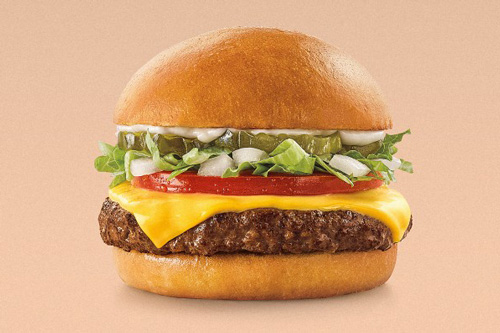 “Because it is still mostly beef, this burger has a broader appeal versus a completely vegetarian burger patty. We have a strong test process where every new product is thoroughly tested for operational impact and consumer appeal, including in-market testing with advertising and merchandising,” said Uehlein. “If the product performs well in the market test, it will be considered for a national launch.”

The new burger will also be paired with mayo, onions, lettuce, tomato, pickles, and melted American cheese, all served on a brioche bun. Sonic also noted that there is an alternate version available with bacon, mayo, and cheese.

As some may remember, the Mushroom Council and James Beard Foundation previously made headlines with “blended burgers” when they announced a joint venture in the Blended Burger project. This initiative challenges chefs to create recipes through a nationwide contest to create recipes that include at least 25% mushrooms, keeping the momentum moving for this new produce creation.

Furthermore, the Mushroom Council released a third-party study that estimated that a producing a pound of mushrooms has less of a carbon dioxide footprint than a pound of beet, making it a more sustainable option for buy-side vendors.

As of right now, the Slinger is slated for a 60-day trial in markets yet to be released. The burger is set to launch in August.

Will the Slinger be gracing our menus any time soon? Fingers are crossed tight at AndNowUKnow that the tasty selection will be slinging itself our way soon.