WENATCHEE, WA - Despite the Wenatchee wildfires that spread across central Washington on Sunday, growers are reporting that it is business as usual, even as they work to address the challenges of mother nature that no one could predict.

While some growing operations were hit harder than others, Stemilt Growers notes that the recent wildfires impacted less than 2.5% of the company’s cherry packing plan. 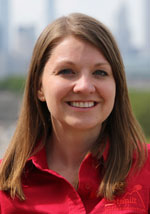 “Stemilt’s Miller Street facility in Wenatchee did sustain damage from Sunday’s evenings fires. Our Olds Station and Euclid Street facilities are operating as normal, we continue to ship what is a great cherry crop without issue, and the same crew will be packing the remainder of our high-quality Rainier cherry crop at a neighboring facility very soon,” Brianna Shales, Communications Manager, Stemilt Growers tells me. “As always, the entire Stemilt team has shown great resilience. Our thoughts and prayers are with them, and especially those who lost their homes and belongings, as well as the entire Wenatchee community.”

On Sunday night, the fast-moving wildfire burned 28 homes in north Wenatchee that also reached some commercial buildings along North Wenatchee Avenue, according to Wenatchee World.  As of yesterday, the fire had burned 4,000 acres, fire officials said and the fire died down on Monday but firefighters were still concerned about flare-ups, according to Mike Burnett, Chief of Chelan County Fire District 1 in Wenatchee World. Other reports state that as of Tuesday morning, the fire is only 10 percent contained, according to local Washington news affiliate King 5. 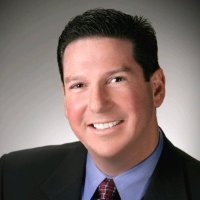 Blue Bird, Inc., who packs for Domex Superfresh Growers, did sustain damages as well, but as Howard Nager, VP of Marketing, tells me, “We are deep into a very fast moving cherry season and that has not changed.  We have not skipped a beat as it relates to diverting resources to pack the fruit that we were packing at Blue Bird.”

“We continue to harvest fruit in the Wenatchee area. Unfortunately the other side to this tragedy is the unfortunate circumstances of people’s personal lives and livelihood being impacted. We are keeping them in our thoughts,” Howard continues.

As we previously reported, in response to the Wenatchee wildfires that spread across central Washington yesterday, CMI President Bob Mast has confirmed that the company is operating at full capacity.

For those wishing to support those impacted by the fire, donations can be made to the Wenatchee Chapter of the American Red Cross, 12 Orondo Avenue, Wenatchee, WA 98801. Phone: 509-663-3907.

In addition, United Way has started a Fire Relief Fund, the Salvation Army will be accepting donations and the Wenatchee Valley Humane Society is doing any and everything they can to help those who are in need of animal care.  For more information on these resources and others, please click here.

Stay tuned to AndNowUKnow for continuing updates on the situation.