HOUSTON, TX – With January well underway, we in the produce industry are champing at the bit to know just what trends will drive sales in 2017. Thankfully, Sysco has read not just the tea leaves, but a variety of informative sources, and in the January edition of the Sysco SHAPE Newsletter, is offering up ten trends set to take the industry by storm in 2017.

It’s a Tasty World After All 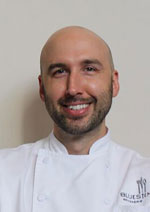 According to a company press release, the foodservice giant expects ethnic and global dishes to continue to thrive in 2017, with veggie-loaded world cuisine dishes making their way onto menus and into kitchens. “People are embracing flavors farther eastward in the Mediterranean and Middle East,” said Chef John Griffiths in the AF & Co. 2017 Trends Report. “I expect to see a further incorporation of Turkish and Middle Eastern spice combinations and dishes.” 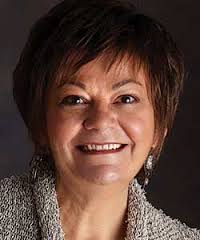 Food from the South is on the rise, with traditional southern fare like biscuits and fried chicken gaining ground with chefs, restauranteurs, and consumers alike. Sysco notes, though, that the often-heavy cuisine needs to be supplemented with healthy options like collard greens. As Sharon Olson of the Culinary Visions Panel in Chicago noted: “It has to be delicious and healthful.”

Breakfast is still a promising avenue for growth in foodservice, according to Sysco, and in 2017, we can expect consumers to take the on-trend foods into their home kitchens, too. “Think breakfast sandwiches on dinner menus and Michelin-starred restaurants doling out egg sandwiches paired with exceptional latte art in the morning,” said Andrew Freeman & Co. in its 2017 Trends Report. Expect consumers to eye omelet additions like chives and mushrooms, and healthy alternatives like bananas, strawberries, and grapefruit, too. 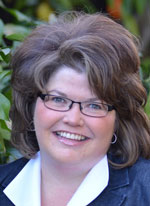 Millennials and Gen Zers will continue to look to veg-centric cuisines from around the world to inform their eating habits. “If there is any economic uncertainty, consumers may once again turn to comfort food favorites,” predicted Amy Myrdal Miller, Founder and President of Farmer's Daughter Consulting. For older diners in the Midwest, that may mean a return to dishes like mashed potatoes and for younger diners a warm bowl of veggie-loaded ramen or curry.

2017 is expected to take this age-old, on-trend technique to new heights. Expect foods like black beans, cabbage, garlic, peppers, and cucumbers—foods that lend themselves to pickling and fermentation—to take off.

Root-to-leaf is expected to surmount farm-to-table and nose-to-tail as the preeminent movement in food prep. Previously underused or discarded parts of vegetables, like beet and radish greens and carrot tops are set to become more and more frequently-utilized ingredients. “We're seeing a lot more chefs get creative with vegetables,” noted Matthew Britt, Chef Instructor at Johnson & Wales College of Culinary Arts in Providence, Rhode Island, in a Sysco release. 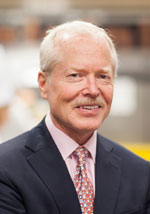 “The category is taking hold quickly,” according to Scott Allmendinger, Director of Consulting for the Culinary Institute of America in Hyde Park, NY. The rise demand for veggies is rearranging restaurants’ plating strategies and turning consumers on to more nutritious, varied options at home. The emerging “plant forward” movement recommends more real estate be allotted for veggies on the plate.

Bowls will continue to trend in 2017, according to Sysco. Expect healthy stir fry options to put fruits and veggies front and center with consumers looking for quick, convenient, healthy, and increasingly-multi-cultural bowl options.

The in-house pickling trend in restaurants is becoming increasingly an in-house pickling trend for individuals in their own homes. Expect food and beverages with sour components to perk up dishes in the same way peppers and hot ingredients have done in recent years. Chefs will find more and more uses for preserved and pickled vegetables in recipes, like curry flavored with pickled blueberries, and we can expect the trend to carry over with consumers stocking their shelves. The mantra, Allmendinger predicts, will be “how sour can you go.”

Perhaps the counter-weight to these fresh veggie trends, Sysco is also tipping the rise of the “Freakshake”—an over the top milkshake topped with ice cream, sweet sauces, and mountains of whipped cream, cake, cookies, donuts, and candies. Expect the Freakshake to send remorseful consumers to the gym and, perhaps, the produce aisle the next day.

Are the foodservice provider’s prognostications on point? Check back in with AndNowUKnow throughout the year to see.