BUFFALO, NY - What better time than after American Independence Day to talk about stuffing your face with food competitively? But instead of the hot dog eating competitions you might be used to, how about trying a kale eating contest instead? Coming up on July 9th at the Taste of Buffalo food festival, kale loving competitors will be able to battle it out for $2,000 and the title of kale-consuming champion.

Competitive eaters sanctioned by Major League Eating will have eight minutes to consume as much of the leafy green vegetable as possible, according to Thrillist, in what is being referred to as “Kale Yeah!”

“'Kale Yeah, the World’s Healthiest Eating Championship,' is a fun way to encourage everyone to digest the importance of eating healthy and choosing healthy options,” said Michael Cropp, President & CEO of the Independent Health Foundation in a statement. “As birthplace of the chicken wing and other food favorites, Buffalo is also leading the way by promoting nutritional options available at the Taste of Buffalo and through this one-of-a-kind special event.” 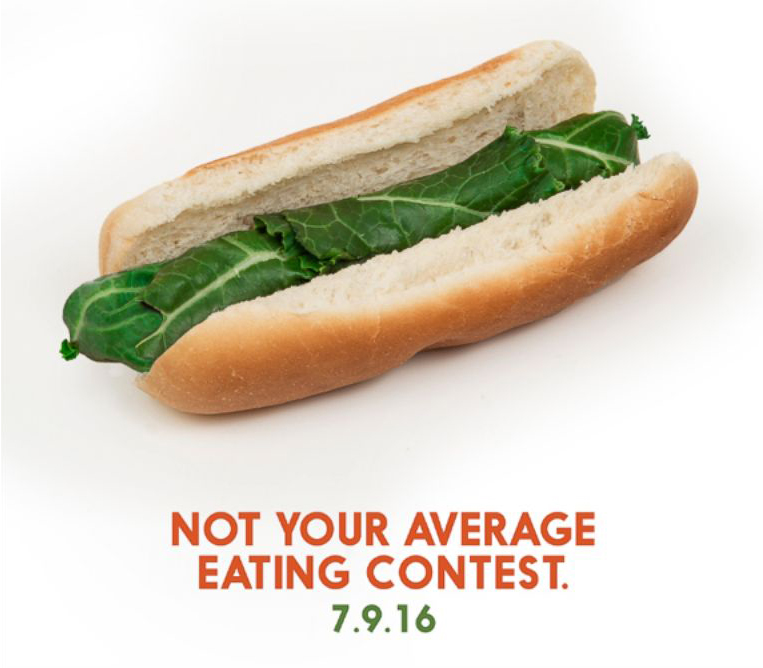 The city of Buffalo has already began prepping 40 pounds of kale for the showdown, nicely fashioned into an easier-to-consume salad with olive oil, vinegar, salt and pepper. Competitive eating stars such as Eric “Badlands” Booker, Crazy Legs Conti, and “Buffalo” Jim Reeves will all be in attendance, the source reports.

Will inundating our guts with kale replace hot dog contests as the new Independence Day tradition? Maybe not, but you may just start finding a little bit of the green stuff wedged beside your ketchup and mustard if the trend continues.