According to TheStreet.com, Shamber spoke on the matter at a recent consumer conference in New York, saying that consumers are not only demanding products with fewer artificial ingredients, they are also shopping for fresher foods.

Current distributor's for UNFI include: 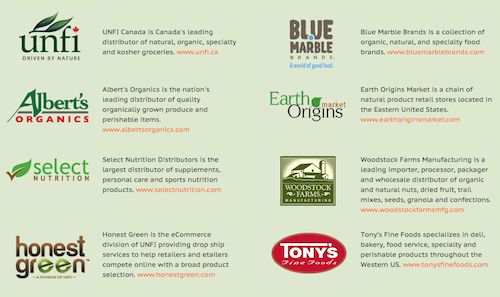 Shamber noted that while it would be difficult for the company to build those businesses in other areas organically or from scratch, it would be easier for UNFI to acquire companies with trucks and distribution centers already in place. Shamber declined to comment on which companies could be targets for UNFI right now, but did mention that companies with the attributes of Four Seasons, which, according to TheStreet.com, generates over several hundred million dollars in revenue based on the size of its fleet, would be attractive candidates.

Stay tuned to AndNowUKnow has we continue to follow UNFI’s future acquisitions for this developing story.