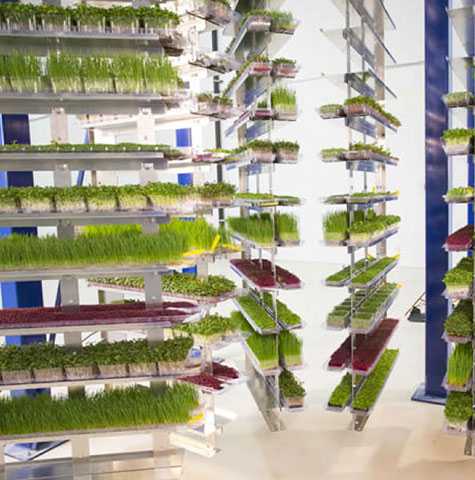 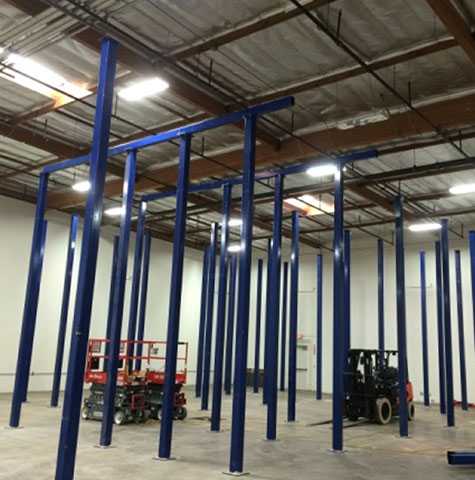 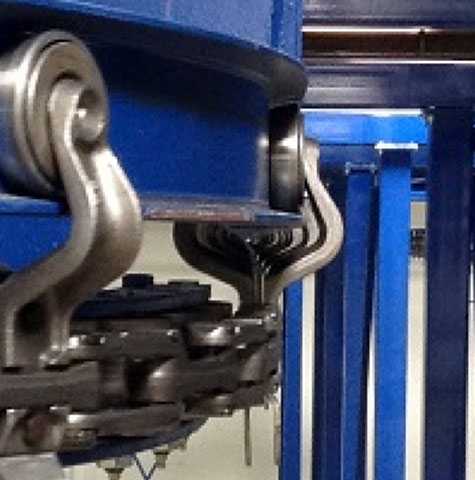 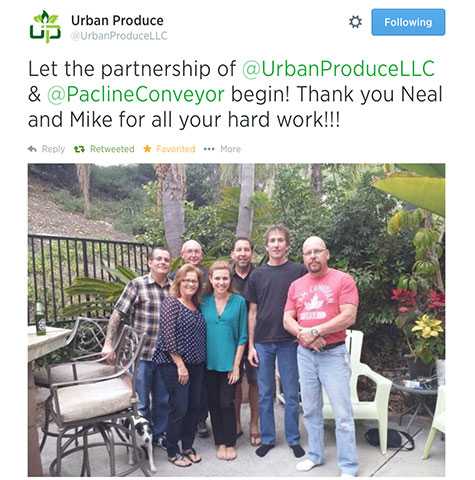 IRVINE, CA – Urban Produce is opening its first patented “en motion” High Density Vertical Growing System (HDVGS) this week. A key component of this facility is its PACLINE I-BEAM overhead conveyor system. Urban Produce is excited about this system's ability to meet its need for a durable and safe, yet robust system, capable of transporting the maximum number of growing trays and plant material within the space of roughly 1/8 of an acre.

The PACLINE conveyor system used by the facility is able to have each carrier hold 24 x 2 plant trays, stacked vertically. Carriers were closely packed on 24” c-c and all supports were floor mounted and fabricated to adhere to the rigid seismic regulations and inspection requirements in California, according to a press release.

Urban Produce shares that its patented system uses advanced hydroponic technology to provide a cheaper, more efficient alternative to traditional growing methods. It is confident that its produce will compete competitively with these crops and provide consumers with a product that is both fresher and more nutritious.

Congratulations on the opening of this new facility, Urban Produce!