Walmart Applies for Patent on Floating Warehouses for Drone Delivery

BENTONVILLE, AR – Walmart is taking to the skies in an effort to gain an edge on competitors. Last weekend, the company filed for a patent for what reports are calling a floating warehouse—a blimp-style, gas-filled aircraft intended to receive and disburse shipments via unmanned aircraft.

The patent, filed August 17, 2017, details plans for “gas-filled carrier aircrafts and methods of dispersing unmanned aircraft systems in delivering products.” The patent goes on to detail a flying machine that would fly between 500 and 1,000 feet high, contain several launch bays, and could be operated by a human pilot or automatically. 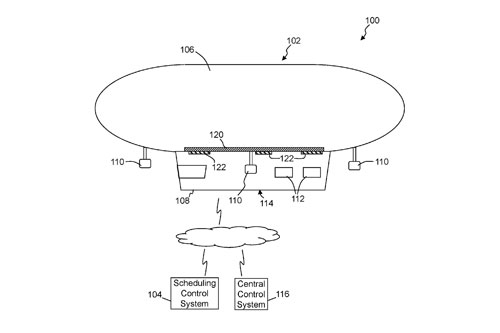 “In a modern retail environment, there is a need to improve the customer service and/or convenience for the customer,” Walmart’s filing states. “One aspect of customer service is the availability of products. The availability of products is dependent in part on the distribution of products. There are numerous ways to distribute and deliver products. Getting the product to a delivery location, however, can cause undesirable delays, can add cost, and reduce revenue.”

News source Bloomberg has speculated that the patent may represent the latest battleground in an ongoing “clash” between Walmart and Amazon. Amazon filed a similar patent late last year and followed it up with even more futuristic flight plans—including a phalanx of interconnected drones.

Recently, Bloomberg reports, Walmart has stepped up its efforts to create patents and gain a competitive edge via technological innovations.

Will the future of fresh food be delivered to consumers via a network of autonomous aircraft? AndNowUKnow will continue to report.