BENTONVILLE, AR - Walmart made headlines late last year when the mega-retailer announced significant investments in its shipping fleet. The retailer added more than 1,400 truckers to its workforce offering an average $87,500 annual salary and offering fulsome $1,500 referral bonuses. And now the retailer may be working to consolidate its distribution network, taking control of distribution centers that it had previous contracted with third-party management to operate.

Recent headlines highlight a handful of facilities that Walmart is taking back from Wisconsin-based third party distribution company Schneider Logistics.

A report by The Press-Tribune outlines plans for a Eastvale, California, facility—noting that postings on the California’s WARN Act site, which lists pending job terminations, state Schneider would terminate 461 workers in Eastvale and 51 in nearby Fontana. 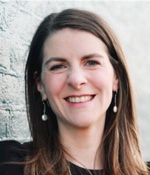 Walmart's Senior Manager, Media Relations, Michelle Malashock told the news source that the company plans to retain “as many people as possible” as it assumes control of the Eastvale distribution center, and she notes that the retailer plans to ultimately add more staff, possibly bringing the total of employees to 700 in Eastvale.

A separate report by The Herald-News notes that a Schneider-run, 3.4-million-square-foot distribution center in Elwood, Illinois, will also be reabsorbed into Walmart’s distribution infrastructure proper. Schneider has issued a layoff notice for 589 people employed at the facility. 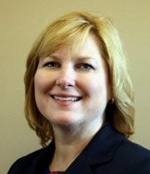 “The facility's not closing,” Caroline Portlock, Director of the Workforce Investment Board of Will County told The Herald-News. “It's anticipated that employees will be offered employment by Walmart.”

A third report by The Columbus Dispatch details a familiar pattern.

“Walmart plans to operate its truck fleet at its Washington Court House facility, eliminating a third-party carrier, and will employ more than 100 drivers as part of the move,” the news source states, noting that the retailer has already begun accepting applications. The retailer may also hire more than 75 new drivers, in addition to 125 drivers who are expected to transition from Schneider’s workforce.

Will Walmart’s reassumption of these distribution centers give the retailer a newfound edge in the competitive grocery market? AndNowUKnow will continue to report.