Walmart to Invest $316 Million in to Refurbish Brazilian Stores 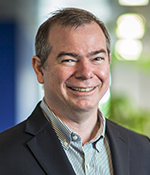 “We’ve already done about 10 percent of it this year,” Cotini told reporters, promising to improve the remaining 100+ stores by 2019.

The investment appears to indicate a renewed focus in the Latin America’s biggest economy—where last year the company closed 60 locations.

Reuters noted that rival retailers such as Grupo Carrefour Brasil SA and GPA SA already control a large portion of the Brazilian market, and each have made substantial investments in growing their presence as well.

Carrefour, Brazil’s largest food retailer, has announced plans to nearly double its retail footprint in the next three years—investing the proceeds from a stock offering this July. Likewise, GPA SA is currently undertaking a large-scale renovation program in anticipation of the country’s recovery from what news sources called the worst recession in the country’s history.

AndNowUKnow will continue to report on this and other important retailers in our industry.