SURREY, BRITISH COLUMBIA, CANADA - Walmart has been riding a bit of a high after it reported its better-than-anticipated fourth quarter results, challenging its competitors to “bring it on.” (No, I’m not about to announce that the retailer will be engaging in an epic cheer-off). However, it did recently announce plans to expand its distribution network, furthering its move toward staying at the front of the grocery pack.

In a recent press release, Walmart Canada announced one of its distribution centers is poised for approval by the Surrey Council in British Columbia. These plans have been in action since last July, when the retailer announced that it intended to spend upwards of $175 million on a refrigerated grocery facility. 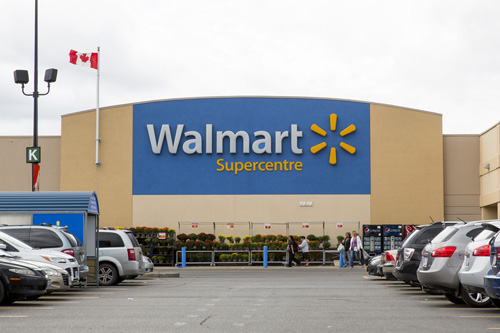 Proposals for the site list it as a “state-of-the-art automated refrigeration warehouse, which will distribute fresh produce to more than 60 markets throughout British Columbia,” a city report noted.

Features of the site will include energy-efficient LED lighting and intelligent controls that reduce lighting energy consumption by 70%.

Will this new facility be another jewel in Walmart’s grocery crown? AndNowUKnow will continue to report.