MURRIETA, CA – In continued efforts to boost its community involvement through the company’s West Pak Cares campaign, West Pak Avocado has announced the successful completion of a blood drive for the San Diego Blood Bank. 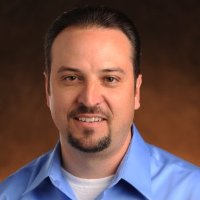 “We’re honored to sponsor this much-needed event through the San Diego Blood Bank,” said Doug Meyer, Senior Vice President of Sales & Marketing. “We’d especially like to thank our wonderful staff, friends, family, and members of the community who turned out to make a donation and lend support in any way they could. It’s efforts like this that truly make a difference in the lives of others and we’re very proud to be a part of it!”

According to a recent press release, the company held its blood donation efforts at its corporate offices in Murrieta, CA, on August 18, 2016. The event was a companywide turnout, which resulted in 32 eligible donors and 28 units of blood, exceeding the company’s original goal of 18 percent.

#FlashbackFriday: Yesterday's blood drive was a hit! Thank you all who came out to support the @sdbloodbank pic.twitter.com/706fwJpaXZ

Blood donated by this drive, in addition to others, will go towards transfusions for patients throughout San Diego County comprised of all ages, socio-economic, and ethnic backgrounds. Patients receiving the transfusions are battling life-threatening medical conditions including cancer, blood disorders, severe burns, organ transplants, emergency surgery, trauma, childbirth complications, and more.

One such beneficiary from the drive is one-year-old Regina Mapes, who was diagnosed with a skull deformity at four months old. Regina has received corrective surgery and a blood transfusion as part of her treatment for her right coronal craniosynostosis. Regina’s second surgery is scheduled for this fall, with the San Diego Blood Bank ready for a prospective second blood transfusion, should she need it.

As the company continues its West Pak Cares initiative to further invest in the wellbeing of its community, AndNowUKnow will have the latest in developments.