IRVINE, CA - Western Growers has announced plans to honor Stephen “Steve” Patricio with the 2018 version of the organization’s prestigious Award of Honor. Patricio will receive the honor on October 30th, in a ceremony honoring Patricio’s visionary leadership and his work “advancing the ag industry by leaps and bounds.” 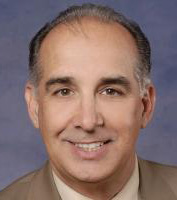 “I was speechless when I found out I was selected for this award,” said Patricio, in a Western Growers press release. “I never thought that, in the end of it all, I would be a farmer or involved in this honorable and wonderful world that I am so engaged in today. I often tell youth that your career chooses you, and because I followed the path life decided to take me on, I am proud to say that I am a farmer. I couldn’t imagine being in any other industry.”

The Award of Honor is Western Growers’ highest recognition of industry achievement and is given to individuals who have contributed extensively to the agricultural community, and the association noted, in its press release, that Patricio is being recognized “for his immeasurable leadership and contribution to the agricultural industry” and for efforts which resulted in “significant advancements in food safety and the protection of public health.”

A Los Banos, California-native, Patricio is deeply involved in the central California community and ag industry. Over the course of his career, Patricio has served as Chairman for Western Growers, Center for Produce Safety, California Cantaloupe Advisory Board, and Monrovia Nursery Company. He has held leadership positions at Western Growers Assurance Trust, Monsanto Vegetable Seeds Advisory Council, and the Produce Marketing Association.

“Steve has been a tireless advocate for agriculture, and his ability to turn some of the most tumultuous challenges that our industry has faced over the past few decades into opportunities is unmatched,” said Tom Nassif, President and CEO of Western Growers. “He has already left a tremendous legacy as someone who shoulders the responsibility of igniting change that advances the industry as a whole.”

Patricio led the creation of the first-ever mandatory food safety compliance program for the California cantaloupe industry, helped to raise millions of dollars to fund research geared toward preventing foodborne illness, and also played an integral role in the establishment of the California and Arizona Leafy Greens Marketing Agreements, which today have become the model for produce safety and accountability.

“When you look at the success of California agriculture, Steve is a true representative of why the ag community is as successful as it is today,” said Bonnie Fernandez-Fenaroli, Executive Director of the Center for Produce Safety. “He truly embodies passion and proactivity, and his commitment to food safety to benefit both the consumer and industry is unlike any other.”

Additionally, Western Growers noted, Patricio has spent countless hours throughout his 45-year tenure in the industry advocating for a sustainable supply of water for farmers to grow the food that feeds the state, nation and world. Patricio launched the industry’s first orientation program for agribusinesses that focused exclusively on water rights, and has, according to the association, taken every opportunity. Patricio was even asked to join former California Governor Arnold Schwarzenegger at the San Luis Reservoir to call attention to the need for more surface water storage and stress the need for a comprehensive water solution.

“Steve has one of the brightest minds and quickest wit in the industry,” said Bob Gray, past Chairman of Western Growers and former President/CEO of California Ag Leadership Foundation. “He is a contributor of substance, and the expertise and competence he has brought regarding food safety and water has made major impacts for the industry.”

Patricio’s accomplishments and passion for shaping the ag industry will be recognized at the Award of Honor Dinner Gala at the Western Growers Annual Meeting on October 30, 2018, in Palm Desert, California.