AUSTIN, TX - Those who have been following news from Whole Foods Market in the weeks since it was purchased by Amazon have probably seen a pattern emerge—Amazon lowers Whole Foods prices and customers come running, even for produce. From a 43 percent discount on organic Fuji apples to 38 percent off bananas, Whole Foods has been experimenting with deep discounts on items throughout the produce department in an effort to shake their “Whole Paycheck” stigma. Now, in honor of October 1st’s World Vegetarian Day, the retailer is taking an ax to its produce prices again, offering highly coveted bunches of organic kale at just $1. 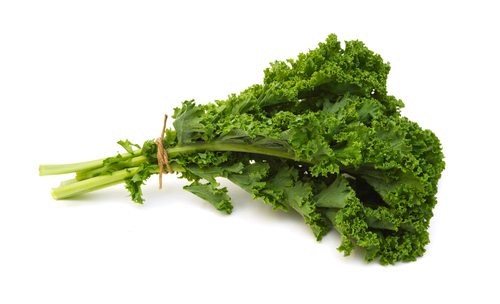 Available starting September 27 through October 3 while supplies last, the promotion was inspired by Sunday’s World Vegetarian Day. According to the national day’s website, the day was originated by the North American Vegetarian Society in 1977 and endorsed by the International Vegetarian Union in 1978. For those new to vegetarianism, it serves as a pre-holiday season motivation to give meatless meals a shot, as well as raise awareness for the many benefits of plant-based diets.

“Each bunch of kale meets the USDA’s standards for organic produce and offers a good source of dietary fiber, protein, thiamin, riboflavin, folate, iron, magnesium, and phosphorus,” the company announced in a press release. “It’s also an excellent source of Vitamin A, Vitamin C, Vitamin K, Vitamin B6, calcium, potassium, copper, and manganese.”

The offer is only available while supplies last, so if you would like to get on the kale train in your personal, as well as professional life, hop to it! And keep checking back with AndNowUKnow for more compelling veg news.