DENTON, TX – Cementing its presence on the competitive North Texas grocery scene, WinCo Foods has finished construction on a new distribution center. The facility is set to open next Tuesday, February 14.

“It won’t be full force right away because we’ll be working out whatever glitches may arise, so it will be a few trucks in and out,” noted Director of Corporate Communications Noah Fleisher, according to local news source the Denton Record-Chronicle. “We should be fully-functional providing to all of the stores in the area fairly quickly.”

Employees are already training in the facility, and on Tuesday, more than 100 people will begin stocking shelves, preparing produce, and organizing orders in the facility. The first truckloads of groceries will be distributed throughout the Dallas-Fort Worth area on Wednesday, February 15. 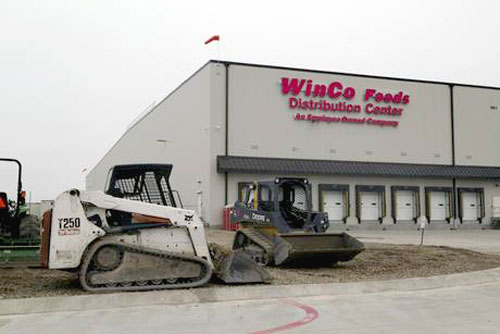 As we previously reported, the company has invested more than $135 million in the construction of the 800,000+ square-foot distribution center.

The new distribution center comes as an addition to similar centers in Boise, Idao, Modesto, California, Woodburn, Oregon, and Phoenix, Arizona. The company noted that the new center is almost completely staffed with 165 employees, but WinCo expects to add staff as more retail stores open throughout the region.

According to the company’s website, WinCo currently operates 111 employee-owned stores throughout the United States.

For more on this and other important companies in the produce industry, check in with us at AndNowUKnow.