IRVINGTON, NY - BrightFarms has announced the new hire of Brian Jenny as Vice President of Sales. Jenny will lead business development as the company continues its rapid growth. He will also oversee existing retail accounts. 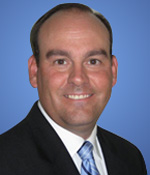 “BrightFarms is truly one of the most innovative companies in food,” said Jenny. “Having spent most of my career in the produce industry, this is an opportunity that I couldn’t pass up. I’m looking forward to helping our retail partners transform their produce departments with fresh, local produce that delights their shoppers and attracts new consumers in today’s competitive marketplace.”

According to the company’s press release, Jenny has been in influential roles with leading produce companies and industry boards for over 15 years. He most recently served as Vice President and General Manager of CC Kitchens, a division of the Castellini Group in Cincinnati, Ohio.

Jenny spent eight years with Naturipe Farms prior to Castellini, rising to Vice President and General Manager of the Value-Added division. Prior to working with Naturipe, he spent seven years with Monterey Mushrooms, where he rose up the ranks to Director of Sales for the Eastern Region. 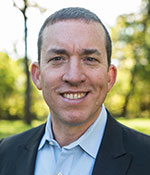 “Brian has a demonstrated history of growing sales with many of the nation’s largest and best food retailers,” said Paul Lightfoot, CEO. “He brings to BrightFarms a wealth of produce industry knowledge and expertise.”

Jenny served as a fellow in the United Fresh Produce Industry Leadership Program, and has since served as Chairman of the United Fresh Produce Association Fresh Cut Processor Board, and as a member of the Executive Committee of its Board of Directors. Jenny has also long been active in PMA, SEPC, and the EPC. He graduated from Clemson University with a BS in Agriculture and Applied Economics in 1996.

Congratulations to Brian Jenny from the AndNowUKnow team!