SANTA PAULA, CA - As we’re winding down the 2019 year and Thanksgiving vibes become more abundant, I like to take this time to be a little bit more retrospective and make the time count. Because before we know it, January will be upon us, bringing on another crazy year of innovation, changes, and beginnings. For Lee Cole, however, 2020 will be more than just another new beginning. On October 24, Cole announced that he will be retiring from his spot as Calavo Growers' President and Chief Executive Officer. With his retirement slated for early 2020, the Santa Paula avocado company has already kicked off a search to find Cole's successor. 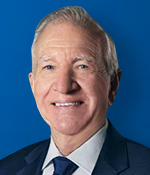 Since 1999, Cole has served as the CEO, but has led the Board as Chairman since 1982, according to Pacific Coast Business Times. Not only was he heading Calavo Growers, but he also serves as Chairman of the Board for citrus distributor Limoneira. The title of Director can also be attributed to Cole, seeing he’s been juggling that role too since 2006. Before that, he ran as an executive of Safeway Stores from 1986 until 1996, when he had a ten year stint as President of Hawaiian Sweet.

Cole plans to remain on as Chairman for the Calavo Grower’s Board of Directors and support its relationships with its suppliers and investors, according to its recent Securities and Exchange Commission filing. The report also states that Calavo’s Board of Directors is in the process of interviewing and evaluating several qualified Chief Executive Officer candidates. Although, no mention of the next President was mentioned. Cole’s retirement from CEO will commence once his successor has been found in Q1 2020.

We at AndNowUKnow wish Lee Cole the best of luck with his transition and can’t wait to see what Calavo Growers has in store for us in 2020.