CALIFORNIA - Now more of a saga than an advisory, the CDC has updated its warning to consumers regarding an outbreak of E. coli contaminating romaine lettuce, honing in on three growing regions in California from the six it had announced previously.

In its latest announcement, which can be read in full here, the CDC expressing states, “Do not buy, serve, sell, or eat romaine lettuce from the following California counties: Monterey, San Benito, and Santa Barbara.” 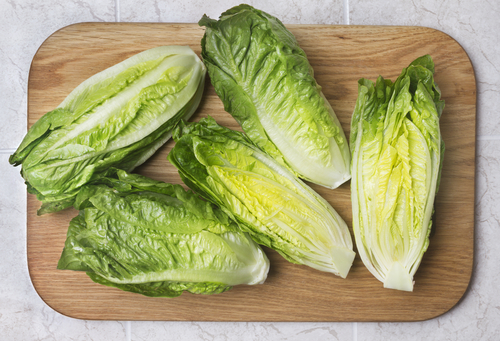 The FDA, too, released a statement on the latest steps in its investigation, ultimately stating that while a reservoir used by a single farm did test positive, and that farm is completely cooperating with the agancies, no one source can be the cause.

"As of Dec. 13, our investigation yielded records from five restaurants in four different states that have identified 11 different distributors, nine different growers, and eight different farms as potential sources of contaminated romaine lettuce. Currently, no single establishment is in common across the investigated supply chains. This indicates that although we have identified a positive sample from one farm to date, the outbreak may not be explained by a single farm, grower, harvester, or distributor," the FDA release reads.

Looking to the labeling system previously advised that would name the harvest locations of romaine lettuce, the center said that lettuce labeled with a harvest region outside of the three identified counties of the Central Coastal growing regions of northern and central California is not linked to the outbreak.

Areas not linked to this outbreak, per the latest, include:

It was also noted that hydroponic and greenhouse-grown romaine lettuce has not been linked to the E. coli outbreak. However, the CDC continues to tell consumers and sellers that if the romaine lettuce—whole heads of romaine, hearts of romaine, bags and boxes of pre-cut lettuce, and salad mixes that contain romaine, including baby romaine, spring mix, and Caesar salad—is not labeled with a growing region and county, “do not buy, serve, sell, or eat it.”

The entire announcement, including all restrictions and the latest updates since the CDC’s previous statement earlier this month, can be found here.

AndNowUKnow will continue to report the latest on this and any other news affecting the produce industry.