Chiquita and Snapchat Join Forces Ahead of World Banana Day

FORT LAUDERDALE, FL - This new technology is bananas! And it aims to make shopping more enjoyable. Chiquita Brands International has announced a new partnership with messaging app Snapchat, which will allow consumers to have fun with Chiquita in honor of World Banana Day on April 17th.

“Bananas are among the top sellers across grocery stores, making them present on almost every kitchen counter or table across the country,” said Jamie Postell, Director of Sales North America. “Chiquita will be the first brand to bring Snapchat visual recognition technology in the fresh produce aisle. This provides Chiquita a unique opportunity to leverage its iconic Blue Stickers as a powerful touchpoint with the Millennial and Gen Z consumers to interact with the brand in a fun and relevant way.” 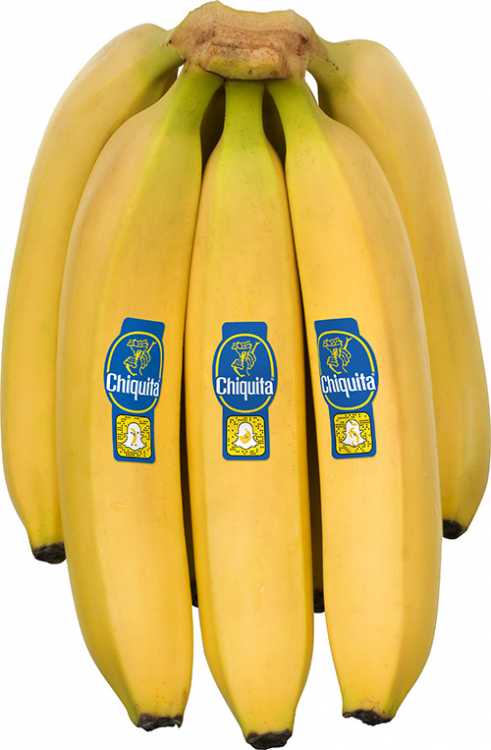 According to the company’s press release, through the end of May, SnapCodes will appear on 200 million Chiquita Blue Stickers, allowing fans of the brand to virtually “peel back” the sticker to tap into three thrilling new experiences.

This Blue Sticker-Snapchat campaign will launch at the beginning of April, as stated in the press release, with support from creative agency Dffrnt Media in the U.S. and rolls out worldwide in the following weeks, staying on shelves for a four-week period.

Chiquita has produced special editions of its notable Blue Sticker for decades and this latest campaign with Snapchat exemplifies the brand’s ability to connect Chiquita bananas and consumers in a cheerful and amusing way.

The company also reminds its consumers that its Blue Sticker stands for high-quality and sustainable bananas. Because of this, the “Behind the Blue Sticker” initiative includes various innovations in farm management and logistics with an impact on waste, emission reduction CO2 and water footprint, and more!

For more updates on Chiquita and its new partnership, keep reading AndNowUKnow.