WENATCHEE, WA – New data from September through November 21 is revealing some enticing opportunities that retailers could capitalize on to boost the apple category in the first quarter of the year.

Despite the smaller national apple crop, new information from CMI’s most recent Cat Stats study reveals that top retailers are shifting their strategy to build stronger displays of new branded apples in order to raise the performance of the category. 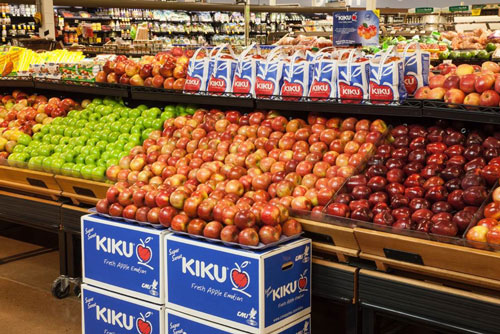 According to CMI, the study confirms that in the first quarter of the year, the two highest selling apple varieties – Gala and Honeycrisp – decline in performance as supplies diminish. As such, introducing consumers to new flavors is key to capturing more sales during the winter season.

Steve Lutz, CMI’s Vice President of Marketing explains, “Best in class retailers use the winter months to introduce new varieties and branded apples to consumers. This timing is perfect because most of the low-priced ‘hot’ apple deals that occur at harvest are gone so top retailers seize these winter months to accelerate sales and build stronger displays of hot new branded apples like Ambrosia™, KIKU®, Kanzi®, and others.”

Below is a snapshot of some of the data revealed in CMI Cat Stats. The following information shows the percent change in dollars for select branded apples in the U.S. versus a year ago.

In addition, CMI says that the latest supermarket data on apple category performance from September through November 21 shows that U.S. apple volume sold declined by 5.4%. Retail sales declined 2.2% with the average retail price moving up 3.4% to $1.56. 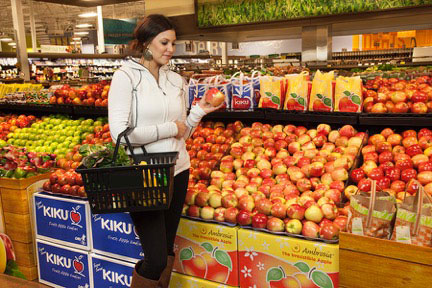 He concluded by saying that basic apple category performance “starts with mainline apples like Gala, Fuji, Honeycrisp, Reds, and Grannies.” But, he added, “The incremental sales opportunity is to offset the traditional seasonal sales declines by introducing consumers to new tastes and flavor profiles.”

As we transition from the fall/holiday season into the winter months, this new data could prove to be useful to help drive apple category increases.