NEW YORK, NY – Staying at the forefront of the industry can involve more than just a selection of fresh offerings, as D’Arrigo Brothers of NY has proven with its endeavors. The company has recently formed another partnership to better the overall health of the consumers that it aims to nourish; this time, donating $15,000 to Paws of War to help fund training dogs for veterans who served on the frontlines.

“We all know someone who has served in our nation’s military, said Gabriela D'Arrigo the Marketing and Communication Director of D'Arrigo Brothers of New York. “Thousands of brave men and women were wounded in combat protecting your family and mine. Others returned home without visible injuries, but emotionally scarred by the horrors of war. For some the nightmares and the emotional pain continues for decades. We at D’Arrigo Brothers of New York were very pleased when we learned that we could make a difference, that we could underwrite the cost of Paws of War training support dogs that could improve the lives of these three veterans and so many others.”

Paws of War provides service dogs to veterans who suffer from Post-Traumatic Stress Disorder (PTSD) after their time in the service. According to a press release, through D’Arrigo Brothers of New York’s underwriting, the Long Island-based company was able to train and present three U.S. combat military veterans with service dogs. 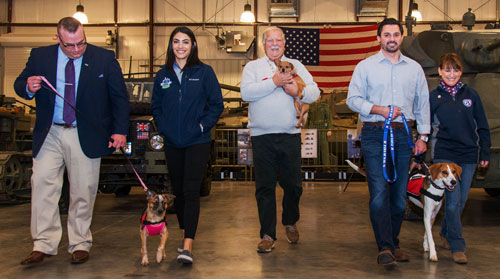 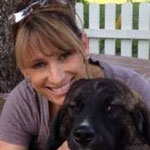 “We are thrilled to partner with D'Arrigo Brothers of New York to further our mission of helping both ends of the leash,” said Paws of War Executive Director, Dori Scofield. "This sponsorship will allow us to match three more rescued dogs in training with veterans in need.”

D’Arrigo Brothers of NY stated that according to the Department of Veteran Affairs (V.A.), of the 750,000 military personnel who served in Afghanistan and Iraq around 100,000 sought mental health care. Of that number, half were diagnosed with PTSD. The company also reiterated that over 13% of U.S. veterans who served in Iraq and Afghanistan suffer from PTSD.

How will D’Arrigo Brothers of New York next contribute to the welfare of consumers? AndNowUKnow will continue to report.