YAKIMA, WA - With the launch of its July Orchard Update last week on July 22nd, Domex Superfresh Growers is shifting its focus to its crop of apples and pears as the last cherries are packed up.

“Those first three weeks are when cell division occurs,” Lauren Brandt, Horticulturist for Domex, commented, stating that those first 20 days after bloom is the most critical period for determining apple size.

A recent addition to the team after having graduated from Washington State University with a major in Fruit and Vegetable Management, Brandt zeroes in on the science of an apple for her first Orchard update, which can be seen below.

“Cell division is one of the most important factors because it determines how many cells the apple will have," Brandt adds. "Later on, those cells will grow to be much larger, but the apple won’t gain any additional cells after those first three weeks.” The sizing, according to the company, is “huge.” With the vow that treefruit is in her DNA, Brandt reported excitement for the coming 2016 harvest.

Domex’s Chief Horticulturist, Dave Gleason, attributed both the fruit size and exceptional fruit quality to perfect weather, calling this some of the best summer weather the company has seen in a long time. With the season on track to harvest several days earlier than this time last year for most apple and pear varieties, Domex reported picking Bartlett pears early this week, with Gala apples soon to follow. 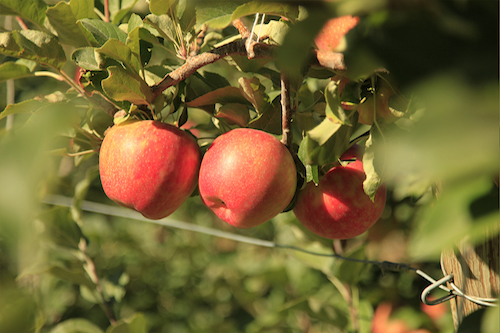 From Autumn Glory™ to Granny Smith, and everything in between, the company stated that retailers and consumers can expect high quality fruit from the 2016 harvest.