ROCHESTER, NY – How hot is too hot? Perhaps when hot peppers leave their corporeal state as someone’s dinner, to become a food-based peppery spray infiltrating the entire surrounding area is the new line. Residents of one New York apartment building found this out firsthand, after their building was evacuated by Hazmat teams.

According to source UPI.com, the James A. Dobson building in Rochester was fully evacuated once hazmat teams were called to the scene after residents reportedly inhaled an odor which caused difficulty breathing. 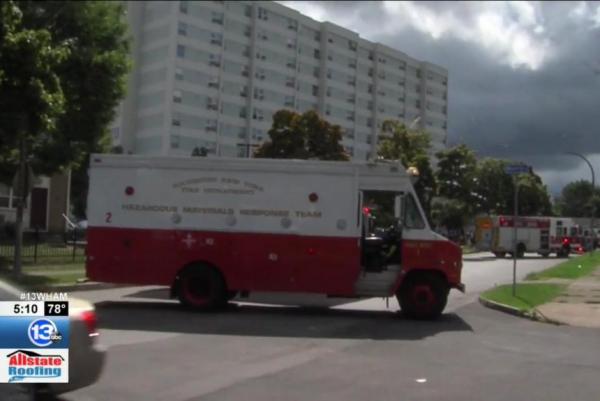 Shortly after arriving and clearing the building, authorities quickly pinned down the worrisome culprit; a microwaved hot pepper.

"It seems whatever kind of pepper they were using, once it's aerosolized, if you've ever gotten pepper in your eyes, you know how hard it can be on your system," Lt. Dana Cieslinski of the Rochester Fire Department told WHAM-TV. "I do not know what kind of pepper it was, but clearly spicy enough to affect the people in the hallway."

Never put a ghost pepper in your microwave!!! https://t.co/3He7yrzYjE

It turns out there is a bit more scientific truth to this homemade pepper spray than just an innocent pepper. Once microwaved, the pepper’s spicy chemical makeup of capsaicin was released into the air, causing the slightly toxic effect.

The building’s website says the high rise houses 254 units within its walls. Authorities stated that it allowed all residents back into their homes less than two hours after arriving on the scene, and no one required medical attention.

Although some news outlets are pinning the pepper fiasco on the ghost pepper, officials maintained that they did not not identify the particular kind of spicy pepper used.

As the spicy peppers continue their upward trend, what heated situations will they find themselves in next? AndNowUKnow will report on all the latest.