GILROY, CA - Joe Aiello, Owner of California-based Uesugi Farms, has been recognized for vision and leadership with the 2016 Morgan Hill Leadership Excellence Award.

The award looks to not only highlight leaders, but leaders that advance the spirit of community and charity, as well as reflect courage, insight, and inspire others to do the same. 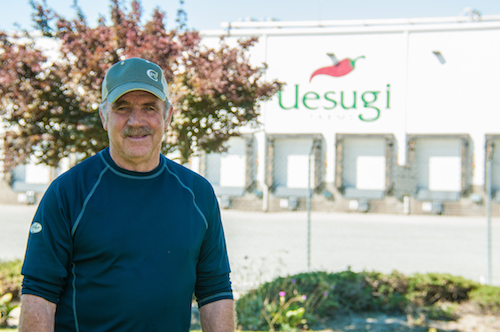 A lifelong farmer with roots dating back to childhood on his uncle’s farm, Joe initially became Co-Owner of Uesugi Farms in 1979 after being approached by long-time farmer and mentor George Uesugi. Joe eventually took on full ownership of the company in 2004, watching it grow to its present day size of over 20 varieties of fresh produce to retailers, foodservice distributors, wholesalers, and processors across the nation and the world, including:

Joe is widely recognized in the community as a well-respected local and ag industry leader, according to the company, taking up positions at the local Farm Bureau and the Western Growers Association (WGA).

In addition to serving on several committees to help resolve water, labor and transportation issues, Joe is working with both state and federal government agencies on the prestigious WGA board. Through this he is supporting the ag industry and addressing concerns that impact local, state, and national farming, as well as his own operation.

Known for dedication to the future generation of farmers, Joe does a great deal in the community to do so, including:

In memory of his son Michael, who was tragically lost in a small airplane accident, Joe started an annual scholarship fund in 2008. Since its inception, the program has awarded 18 scholarships totaling $98,000.

Congratulations to Joe on this well-earned recognition!