KINGSBURG, CA – With an early start to the season forthcoming, consumers will have their taste buds bursting with the flesh of California cherries for even longer this year. As King Fresh Produce looks to this expanded season, what else can retailers expect for this year’s premium cherries?

As President Keith Wilson recently told me, King Fresh Produce will start its California season on April 25, and run through to the end of June. In perfect timing, and supplementing the early start, comes more consumer demand for cherries than ever before.

“New early season varieties in our orchards are now at age to produce good volumes, allowing us to start our season early this year,” Keith says. 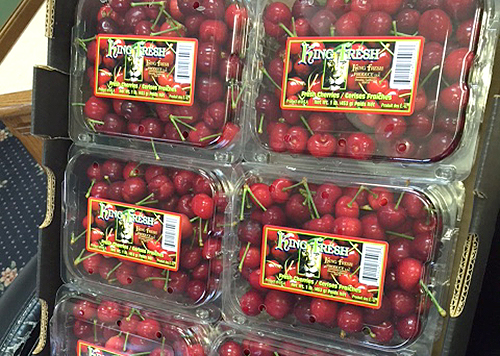 King Fresh will kick off the season with Royal Tioga and Brooks in April, before adding Tulare, Coral, and Bings in May–with Bings finishing out the season. As its orchards mature, King Fresh expects an increase in this year’s volume compared to previous years.

“May 8th will be the start of heavy volume through May 25th, with all of our varieties being available,” Keith continues. “As the later part of the season picks up Bings are expected to peak in early June.”

To answer its customer needs, King Fresh will be packing its fruit primarily in random weight pouch bags, in addition to continuing its fixed weight clamshell programs. 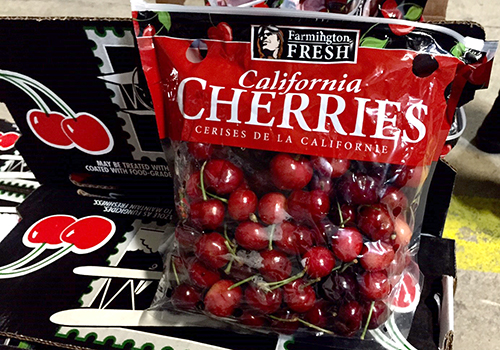 “If Mother Nature continues to cooperate the way she has been for California cherries, we expect our planted acreage to produce a big crop with plenty of promotional opportunities for Mother’s Day and Memorial Day,” Keith finishes, emphasizing that its consumers always look forward to the start of the season.

What’s next for King Fresh Produce? As the company prepares to follow its California cherries with its grape offerings, stick with AndNowUKnow for all the latest.