HOUSTON, TX - A produce dynamo is joining MountainKing® Potatoes in the form of Cindy Adkins. Adkins will be joining the potato grower’s team of sales representatives, bringing 23 years of experience to the table. 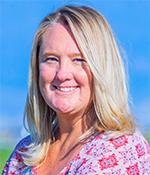 “I wanted to join a group of professionals who go the extra mile to work with store executives and produce managers,” stated Adkins. “As a vertically integrated company, MountainKing can compete with any major producer and packing house.”

Based in Colorado, where she started growing and harvesting fingerlings back in 1997, Adkins will be responsible for helping MountainKing’s retail partners increase sales of the company’s small round varieties and fingerlings. 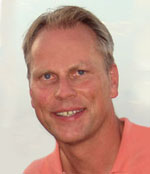 “Cindy knows the business from the field to the chain store,” said John Pope, Vice President of Sales and Marketing. “She’s an important addition to our team as we continue to invest in meeting the increased demand for small potatoes.”

After working alongside her father to sell the fingerlings he grew and harvested, Adkins founded Cinacia Organics dedicated to packaging and selling organic fingerlings. While operating Cinacia, she purchased Colorado land where she farmed fingerlings and ultimately packaged and sold them. Adkins sold the operation in 2019.

Now, after time away from the business, the former Owner and Operator of one of the nation’s largest certified organic packers of fingerling potatoes is ready to re-connect with her retail contacts. 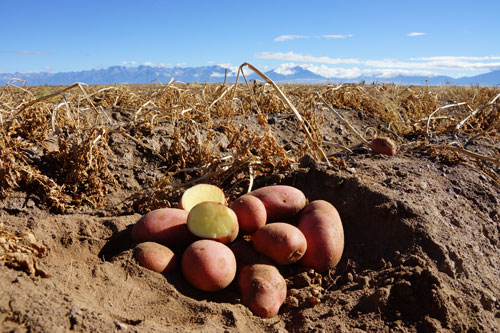 “This packing facility allows us to combine smaller potatoes on mixer loads from our other Colorado packing sheds,” said Adkins. “That’s a big plus for helping chain stores keep fingerlings on the shelf throughout the year.”

Last year, MountainKing acquired a Colorado packing facility in the farm-rich San Luis Valley dedicated exclusively to its popular fingerlings and new “baby” versions of its Yellows and Reds.

Located in the south-central Colorado town of Hooper, the facility packages the company’s Baby Yellows, Baby Reds, and a combination of Baby Medleys in 1.5 lb see-through mesh bags designed to extend product shelf life and appeal to younger shoppers. Fingerlings are packed in 1.5 lb and 5 lb bags.

Congratulations to Cindy Adkins on the next step in her career!