NEW ORLEANS, LA - Speak up and let your consumers, your shoppers, your peers, and elected officials know why NAFTA supports fresh fruit and vegetable consumption. This was the resounding message as key movers and shakers from the U.S., Canada, and Mexico gathered to discuss their interest and support for the Produce Coalition for NAFTA.

As thousands browsed the PMA Fresh Summit show floor below, members of the Produce Coalition for NAFTA, which includes veterans of Mission Produce, Taylor Farms, Driscoll’s, Wonderful Citrus, and many more, discussed having watched NAFTA’s influence take shape and increasingly help our industry. 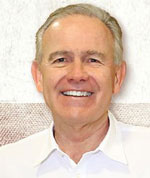 “It has helped grow our business; it has helped grow consumption in the categories we have; it gave us another diversified area with options,” Vic Smith, President and CEO of JV Smith Companies, shared when asked about the importance of NAFTA and the coalition looking to keep it in place. He reflected on a current book he is reading, The Next 100 Years, which observed the market power North America has by working together between the three countries. “It would be a tragedy to forsake our North American position. If we don’t come together to partner and maintain the strengths we have together on this, there will be a vacuum and other markets will shoot into it.”

Enrique Sanchez Cruz of the Mexican Pavilion communicated optimism in the meetings he has had with influencers in both the U.S. and Canada.

“It has been great to listen to these officials speak on the strength of the U.S./Mexico relations. The representatives of New Mexico, Texas, Oklahoma, and Colorado all clearly state the message that it is extremely important to them to keep the bilateral relationship open,” Cruz shared at the gathering. Even so, he emphasized the importance of telling the government and the consumers those same messages.

David Krause, President of Wonderful Citrus, agreed that communication is key in keeping what he called a “fantastic tool” in expanding companies and increasing produce availability for consumers.

“We, like many of the businesses in this room, have made significant investments in the last decade in an attempt to better serve consumers in North America. I think that’s the fundamental issue which NAFTA has allowed others to do. And we must maintain that focus as we move forward in these negotiations,” Krause said, emphasizing that he and the company are very proud to be a part of the coalition and that the challenge is to be more vocal in advocating for NAFTA.

Another message was that change and evolution in NAFTA doesn’t have to be negative, but that its continued existence is a positive for the industry as a whole.

“The key is we have to help a lot more people in our country understand what NAFTA has done,” Smith commented. “We can’t stand by and let anyone say there is an unfair advantage, I don’t personally believe it. I think some of the best producers I’ve seen were in categories like tomatoes, that recognized with NAFTA there was an opportunity to improve both their supply and the supply chain, and then the greater consumption, which should be all our goal. So, this coalition came up to counter a limited, narrowly-focused viewpoint. And hopefully we can make a difference.”

Such an amazing opportunity to sit in on talks with the #naftacoalition. All smiles with @driscollsberry Kevin Murphy and Soren Bjorn, and @costco Heather Shavey. #freshsummit

The most influential moment for me was when the leaders discussed the possibility of agriculture’s place in the NAFTA negotiations being overshadowed by the automobile industry, in which many encouraged producers to let negotiators know that our industry “was not up for forfeit” in the wake of louder trades.

“Perhaps the challenge for us is to be a little bit more vocal in advocating with our peers in the industry,” Krause said. “We support the coalition, we are very pleased with it, and I would encourage the members of the coalition to talk to your peers. Let’s get others behind this; let’s make sure that we don’t lose this fantastic tool or allow others to take it away from us.”

As the next rounds of negotiations approach, AndNowUKnow will keep you briefed on the latest as it pertains to the produce industry. Additional information can be found on http://producecoalitionfornafta.com/.