Sponsored Message
HMC Farms’ exclusive Plumsicle is a healthy treat that is oh so sweet.Learn More

HOUSTON, TX - Last month, the nonprofit organization Brighter Bites announced its top donor partners of the year. Providing free, fresh produce in underserved communities around the U.S. and changing behavior amongst families to prevent obesity and achieve long-term health, Brighter Bites is comprised of a down-to-earth group of produce do-gooders. One of which—CEO Rich Dachman—sat down with me last week so I could investigate what it takes to be a top donor.

“It's a combination of total volume of donation, logistics, and other intangible support," Rich said.

In other words, earning a spot on the Brighter Bites list of top donors is only a matter of lending a hand in any way possible. While the list is long, I asked Rich how other companies in the industry might go about making donations.

“It's just a matter of contacting us. We'll be reaching out in a broader sense in the near future, but we are in need of fresh produce to be donated in certain cities. I'd like to throw in that the food banks are amazing partners in helping us. But there are times when they don't have enough fresh produce. So, we have our partners helping us, but we need more,” he explained. “As we expand, it costs money. We're funded through different organizations, but I believe the produce industry needs to step up and help as well. We're creating consumers in younger generations, and we're changing behavior in that we have families eating produce that weren't before. It's good for the industry, it's good for the family, it's good for profit. It's good all the way around.”

Rich joined Brighter Bites after 28 years at Sysco. When he announced his retirement from the company, Rich mentioned that he firmly stands behind the Brighter Bites mission and planned to be heavily involved in its operations as a Board Member. Just one short month after he officially left Sysco, Brighter Bites announced that Rich would be named as the nonprofit’s CEO. 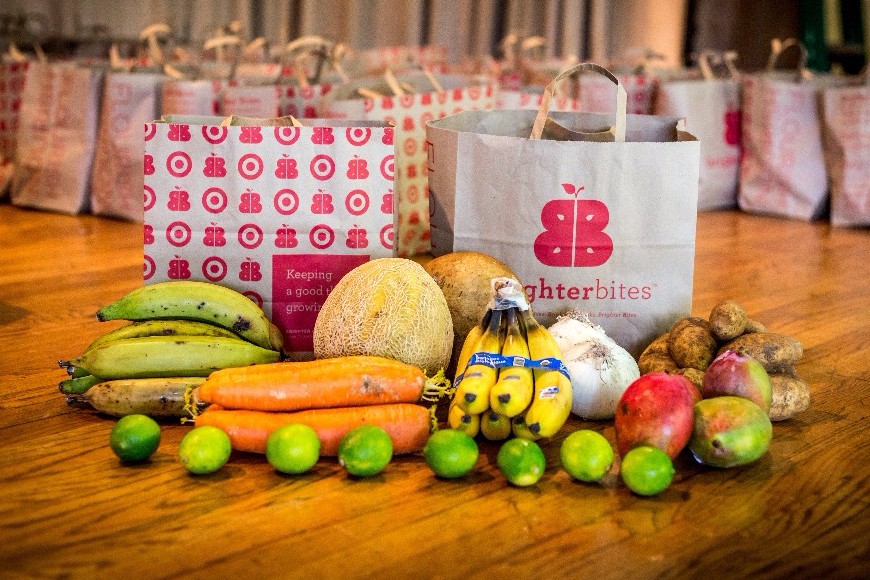 “I feel like there's a higher calling for our industry. I believe we have a responsibility to encourage healthier eating, to use the product that we grow and distribute it as a solution to problems like childhood obesity, diabetes, etc.,” said Rich when I asked what inspires him about Brighter Bites. “I’ve always felt like I had a responsibility to walk the walk. If we can't represent our own product to ourselves and help people, then how are we supposed to convince other people to buy it? I think there's a lot of people in the industry that really aren't doing this. More people could step up. I think we have to. I know we're all in it for a profit, but there's a higher calling that we all have to join in on.”

That being said, Rich emphasized what to consider as we wrap up 2019 and head into a new year.

“Brighter Bites is a great vehicle to help change behavior and how families eat, and we need to expand that to be a bigger movement,” he told me. “I believe that in the produce industry, we just don't compete against each other. We're competing against the snack industry to try to get people to eat right. And in order to do that, we're battling a huge consumer product budget. We need to find a way to centralize our efforts and collaborate more to convert people to eating healthy food as a way to change the negative outcomes. And I believe Brighter Bites is the top organization to be able to carry that out.”

On a final note, Rich offered up some words of gratitude for those top donors and everyone in the industry that’s involved in the Brighter Bites mission.

“We couldn't do it without our partners. We're hoping to get more to join in going forward, but we're very appreciative of the partners that we have,” he said. “Generally when people hear the story, they buy in. So, it really is a matter of trying to get people to hear about who we are and what we do.”

We at ANUK accept that appreciation and turn it back to the folks at Brighter Bites, because none of this would be possible without faces leading the cause. Stick with us as we continue reporting on influential initiatives in the industry.