BERKELEY, CA - A new species of mushroom has been discovered on the UC Berkeley campus – the first in 30 years.

Else Vellinga, a campus researcher, and Nhu Nguyen, a postdoctoral associate at UC Berkeley, describe Helvella dryophila as a beautiful black “elfin saddle” associated with oaks on Observatory Hill, an open space area next to the C.V. Starr East Asian Library. 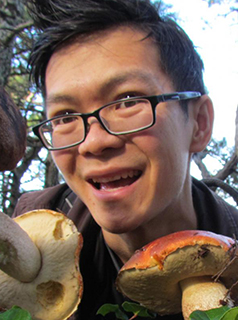 “So far only 11 other species have been described from campus,” said Nguyen. “The last time this happened was in 1985.”

According to the researchers, the new species is edible if cooked properly, but to my dismay, apparently doesn’t taste very good. Details on the finding were discussed in a paper published in the journal Mycologia.

What makes this discovery so exciting, Vellinga suggests, is that new species of mushrooms can be found right on the campus itself as opposed to more exotic locales. DNA sequence analysis and more precise identification indicated that the species found on the campus is entirely different than European elfin saddles.

“Once we figured out that the California elfin saddles were completely different from the European elfin saddles, we focused on the group and described two new species from California,” said Nguyen, referring to the other new species described in the research paper – Helvella vespertina. 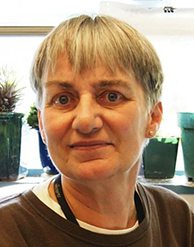 “What was happening is that these mushrooms were parading around under another species’ names,” said Vellinga. “We can still find mushroom species that are new to science, right here on campus.”

The discovery emphasizes the need to create a definitive catalog of North American mushrooms, according to campus researchers. New research methods such as DNA sequence analysis can significantly assist in compiling an updated database. Both Vellinga and Nguyen’s research is part of the North American Mycoflora Project, which hopes to register all known mushrooms in the continent in a comprehensive guide.

“We’re desperately trying to catalog life on earth, and fungi are a huge part of that,” said Nguyen. “Biological diversity is important to the future of the planet, especially in the face of changes in climate, invasive species, and other threats. The richness that we have on the planet is important to identify and maintain, and knowing what exists now and has existed in the past gives scientists information to stabilize ecosystems.”

The curiosity Vellinga and Nguyen possess for discovery is one I have found often through my work with the produce industry. Perhaps UC Berkeley’s next discovery could work its way into produce aisles across the continent. Who can say for sure, but it will certainly be a fascinating headline to wait for.