In the last century, the now Texas-based chain has grown from a single United Cash Store in Sayre, Oklahoma, into a multi-banner retailer with 66 stores in 36 communities throughout Texas.

“Reaching our 100th anniversary is a remarkable accomplishment, and a true testament to the hard work and dedication of all our team members through the years, as well as our loyal guests in each of our communities,” Robert Taylor, CEO of The United Family, said in a press release. “Most importantly, this celebration is a tribute to the Snell family, because without their vision and leadership, United wouldn’t be the beloved supermarket it is today.”

In commemoration of this milestone, the company has organized a slew of events throughout the year to benefit and improve the communities it serves. 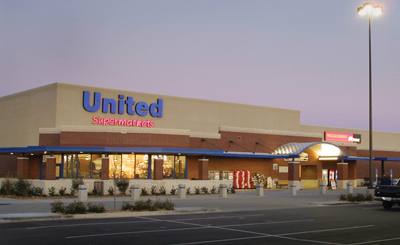 “The company has been very fortunate for an entire century to have owners as well as leaders who believe in the core value of supporting communities and doing the right thing,” Taylor added. “In honor of that legacy and to kick off our next 100 years, the 100th anniversary of United Supermarkets will be acknowledged and celebrated in each of our 36 communities in Texas and New Mexico.”

The celebration starts off this Saturday, January 16th, with each of its 66 stores hosting a birthday party and giving away a total of 100,000 free cupcakes.

Other slated moves to help the community and keep the party going are a school donation program, Shop to Support Schools, later this month and a donation of 100,000 pounds of apples to Food Banks in the communities it serves in April.

“Giving back to our guests has always been a cornerstone of United Supermarkets, and that emphasis will continue as The United Family enters its next century,” Shelby Crews, Senior Community Relations Manager for The United Family.

She and the company conveyed that these programs, as well as dozens of ongoing initiatives, will mark a memorable 100th anniversary.