BENTONVILLE, AR - Retail giant Walmart is predicting strong turnaround from the significant moves it has made to counteract Amazon on the e-commerce terf, having set a prediction of 40% growth in online sales next year. Shortly after, the stock market responded in kind with as much as a 4.5% boost, according to Reuters.

In the leadup to an annual investor meeting we reported on the unveiled intentions Walmart released about the growth projection, as well as plans to invest $11 billion in capital expenditures and add 1,000 online grocery locations. 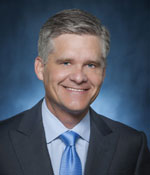 “We are going to lean into places like technology, e-commerce, international stores,” Chief Financial Officer Brett Biggs said in the webcast of the meeting, Reuters noted.

Growth is also forecasted for overall net sales, according to the retailer. The meeting touched on a boost of at least 3% in the year ending January 2019, adding it would buy back $20 billion of its shares over the next two years. 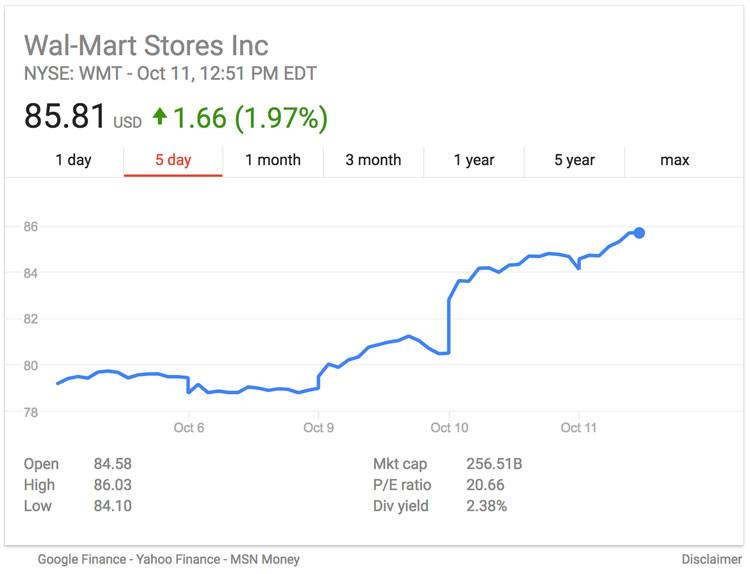 Its shares rose 4.5 percent to close at $84.13, reported as the top driver of gains in the Dow Jones Industrial Average and S&P 500 index. As of this morning, shares were still up as the last week reflected the strong climb.

With reported growth of about 62% for the first half of fiscal 2018, up from 12% from a year ago, AndNowUKnow will continue to eye this and other big players in the dynamic buy-side market.