CHADBOURN, NC - Some might say it’s been a rough year for Wayne Bailey Produce, filing for and then bouncing back from bankruptcy, shaking up its leadership, then being a part of the blow Mother Nature dealt in Hurricane Florence. But new CEO Sterling Cook would call it something else—transformative. 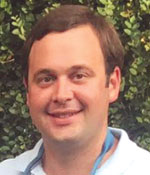 “As many are aware, we went through bankruptcy this year but came out in September, which we’re very proud of. Now we are excited about going to PMA to let our longtime customers know we are still here and ready to continue business as usual,” Sterling tells me.

The challenges of 2018 have offered the company a chance to grow, he says, while still remaining true to its roots.

“We are simply dropping the ‘E’ from Wayne E. Bailey, while still sticking to what the company was founded on. It’s a fourth generation company and will remain true to that,” Sterling says. It’s an aspect he’s well-acquainted with, having joined on after years on the opposite side of the sweet potato fence, so to speak. “I was working for Stewart Precythe with Southern Produce Distributors, Inc., up until he passed away last year. So I’ve known the Wooten family for quite some time, and we've always had pleasant dealings together, even as competitors.” 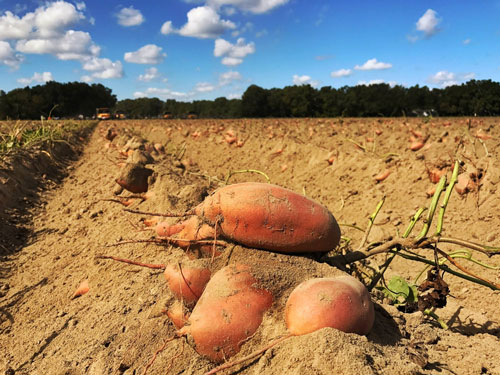 As their paths crossed amidst a big change for both sides, Sterling was invited on to help steer the evolving Wayne Bailey operation.

“I came on through the restructure and am now staying as CEO to help the company see continued growth. So I am looking forward to continuing to improve and grow this brand, the packaging, everything,” he shares.

While it might seem this all couldn’t have come at a more trying time—Hurricane Florence hit just a week after Wayne Bailey came out of bankruptcy—Sterling and the team see it another way. 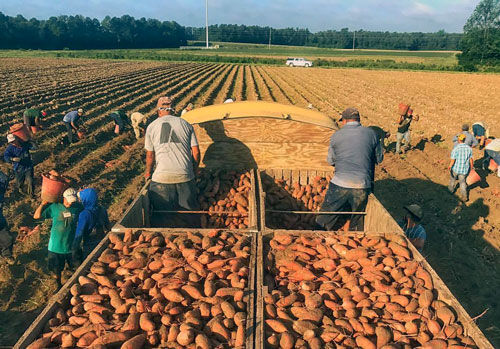 “We’re looking at this as a new chapter with some good people to start and looking forward to helping it grow further,” he concludes. “We anticipated a greater hit from Hurricane Florence, but in our area we only saw about a 5 percent loss even though the industry as a whole was looking at twice that much on average. So we are still thankful and finishing harvest November 5th, with a good crop ready for next season.”

You can shake hands with Sterling and others representing the newer, stronger Wayne Bailey Produce at booth #2243, plus find out about some solid sweet potato offerings while you’re at it! Don’t miss them in Orlando, FL, October 19-20.