WENATCHEE, WA - Fruit-centric Wenatchee has handed out its 13th annual Civil Rights and Social Justice Awards, and this year produce makes the list. Stemilt Growers and its founding family, the Mathisons, were given one of the three 2017 awards.

“This is quite the honor for the Mathison family and the entire Stemilt team,” said West Mathison, Stemilt President/CEO. “Our company mission focuses on cultivating people, and these programs that were recognized are a step towards doing that. We have the best team at Stemilt, and are grateful for their commitment and hard work in making our company, and our community better today than it was yesterday.”

The company was honored in the business category for its impact in the lives of children and families, migrant workers, the homeless, and other underserved or disadvantaged groups in the greater Wenatchee area, according to a press release. 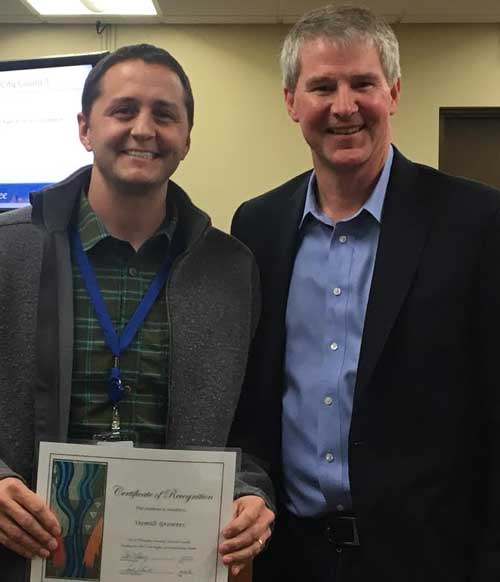 The award was given by the City of Wenatchee and its Diversity Advisory Council this past Saturday during its annual Multicultural and Martin Luther King Jr. Festival. It was presented to Tate Mathison, Stemilt’s Director of Sales, and his wife, Lauren Mathison, who were on site to accept the company’s nomination.

Amongst the praises for the company’s work in the community were:

Stemilt also noted that its employees are well-known for their generosity and service in the local community, explaining that the group has provided every child in foster care in central Washington with a gift from their holiday wish list for the past four years.

Congratulations to the Mathison family and Stemilt team for this recognition.